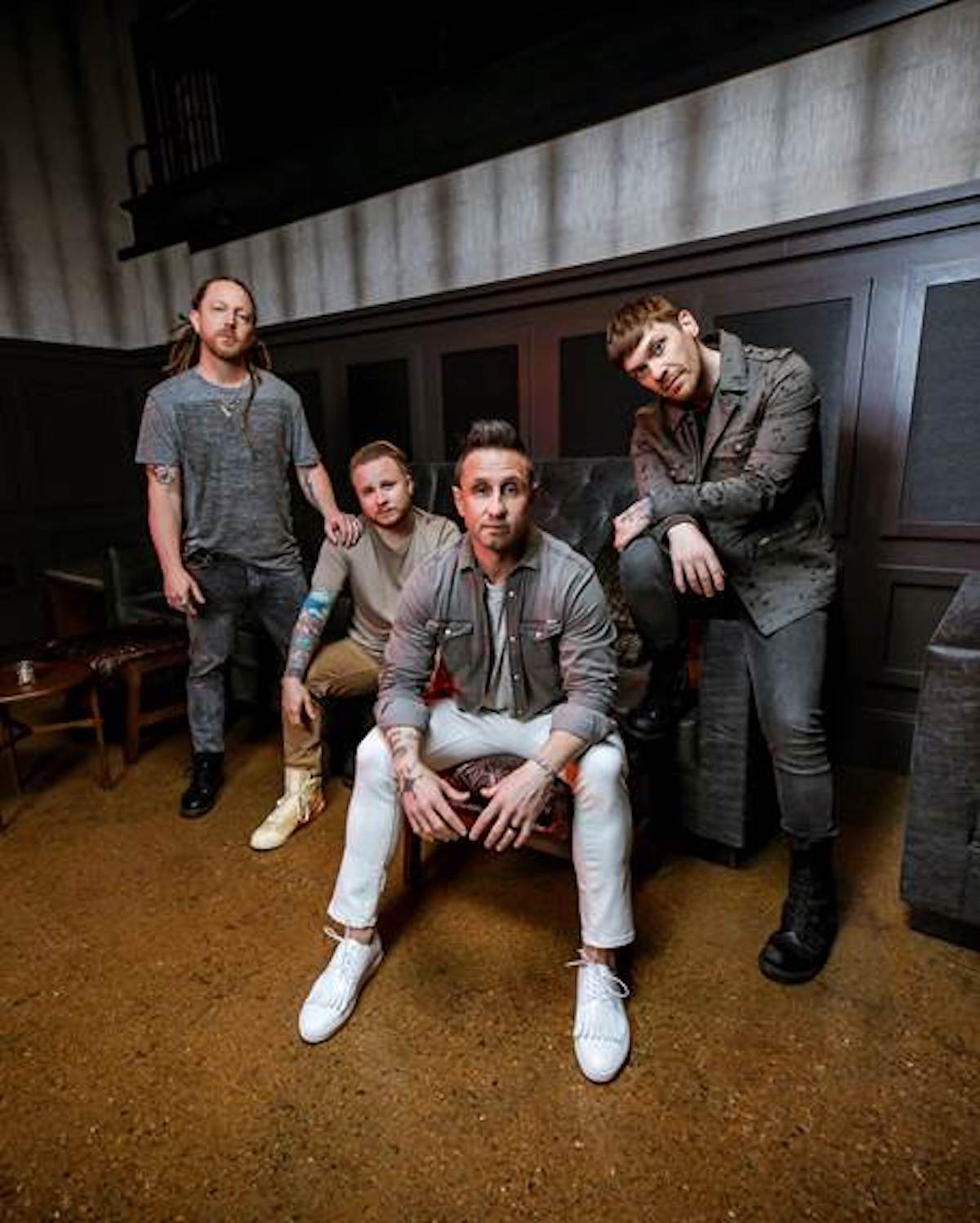 Multi-platinum rock band Shinedown has unveiled the music video for their new radio single, “ATTENTION ATTENTION,” which was directed by Bill Yukich (Beyoncé, Marilyn Manson, Wiz Khalifa) and serves as the next visual installment in the story of the ATTENTION ATTENTION album.  Front man Brent Smith shares, “As we embark on the next chapter of “ATTENTION ATTENTION”, we arrive in a world with a much different stream of consciousness then the previous 4 Chapters.  This Chapter dubbed “The Alarm” begs the question… Is reality even real?”  The “ATTENTION ATTENTION” video follows Shinedown‘s 92Y Talk in NYC earlier this month.  The evening, part of 92Y’s premier talk series, included an intimate and wide-ranging discussion with Brent Smith, Zach Myers and Eric Bass and a lot of laughs thanks to comedian and moderator Chris Porter, touching on their personal journeys, musical inspirations, their story album ATTENTION ATTENTION (Atlantic Records) and a special acoustic performance.

Shinedown recently kicked off the fall U.S. leg of their 2019 ATTENTION ATTENTION World Tour, produced by Frank Productions, with support from Papa Roach, Asking Alexandria, and Savage After Midnight.  They will then head overseas to close out the year, joining Alter Bridge (along with Sevendust and The Raven Age on select dates) on their UK/European tour kicking off November 12th in Denmark.  Shinedown has been selling out arenas and receiving rave reviews, backed by their biggest, most eye-popping production yet.  The new single “ATTENTION ATTENTION” follows the band’s release of explosive rock hit “Monsters” which has amassed over 32 million total streams, scored Shinedown their 14th #1 on Billboard’s Mainstream Rock Songs Chart, the second most in chart history, and continues their record of the most Rock Airplay Top 10s ever. Meanwhile, the band’s crossover hit anthem “GET UP” closes in on nearly 48 million streams.  Speaking to the human spirit in a time of need and inspired by Brent watching his friend, Shinedown bassist Eric Bass, deal with clinical depression, “GET UP” quickly became a beacon of light for listeners around the globe with its message of hope and empathy, connecting with both those going through hardships of all types and those supporting loved ones who may be struggling.    Shinedown is Brent Smith [vocals], Zach Myers [guitar], Eric Bass [bass, production] and Barry Kerch [drums].  You can follow the band and stay up-to-date on all band, album and tour news via the following links: