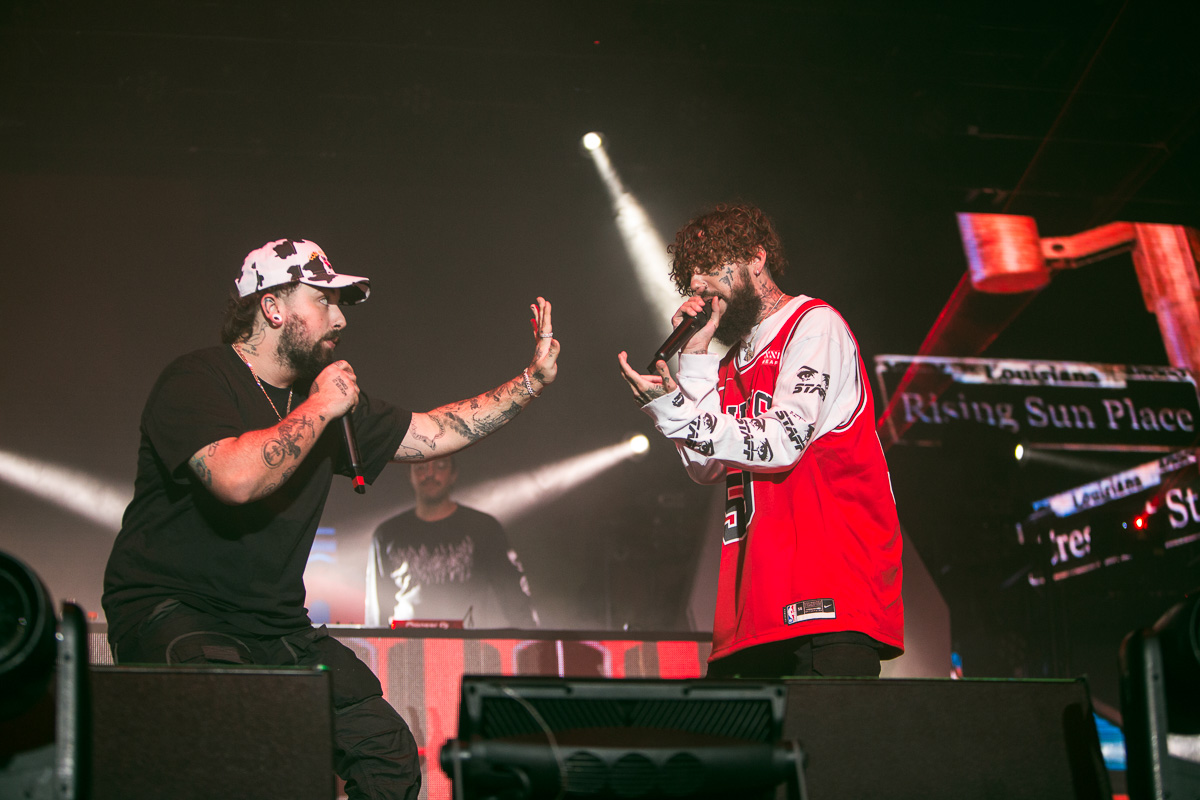 This fall, $uicideboy$ crossed emo and rap in a big way when they brought Turnstile, hardcore’s most dynamic band, along on the Greyday Tour. The New Orleans based duo includes cousins Scrim and Ruby da Cherry who have been making music as $uicideboy$ since 2014, during a time in which emo rap was penetrating the mainstream like never before. On the Greyday Tour, they are promoting their most recent album, “The Long Term Effects of SUFFERING” which debuted this September. The tour stopped through Chicago at the historic Aragon Ballroom last weekend and drew an enormous crowd of hip hoppers and punk rockers. Chetta opened up the show, followed by Germ, Shakewell, Ramirez, Night Lovell, and Turnstile. Once $uicideboy$ took the stage, the crowd was insatiable, cheering for an encore after an hour and a half of performing. The tour goes on, moving west until the final show in Nampa, ID by the middle of November.