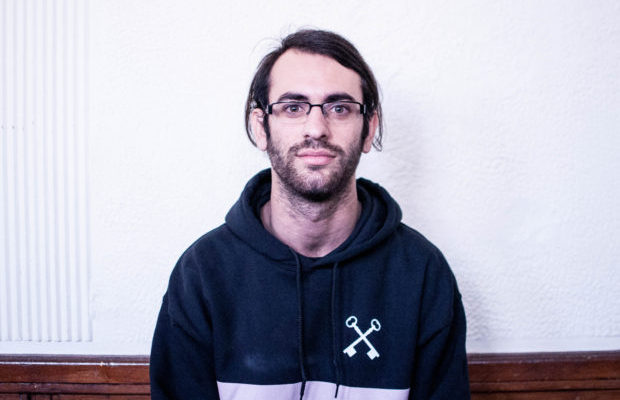 We sat down with Northlane’s Alex Milovic last month during their run with the Impericon Festival and he talked all about their collaboration EP, Equinox, with In Hearts Wake and the plans they have this year to record a new album.

Northlane and In Hearts Wake got together and released a collaboration EP, Equinox, this past spring. How did the idea come up to head into the studio together?
Going back to 2007, In Hearts Wake came to Sydney for the first time to play a show with a band I used to play in before Northlane even started. I didn’t know the dudes, but we played in a garage and from there, Northlane started and then you start to meet people because you are playing around in bands and we would see them often. We kept in contact and then every time they would be in Sydney, we would go and watch and whenever we were in Brisbane, they would come out.

We did our first album, Discoveries, and we did an Australian tour with them. It was a lot different back then, we were playing in four hundred cap rooms and it was very small, but ever since then, we have just been playing shows together all of the time. Actually, we played a festival in Sydney called Loud Fest and that was the day that we got signed to UNFD [Unified] and that was with In Hearts Wake as well so just along the years, we’ve been playing shows and being friends.

We took them to Canada with us for a tour and we’ve always wanted to do something back home together, but it’s never been the right time. Now that we are both at the stage where we are established bands back home and we’ve also started to establish ourselves everywhere else in the world, we thought it was the perfect time to come together and do something that normally people wouldn’t expect or think of doing.

A little bit of the influence there was Roadrunner Records who did Roadrunner United which was a bunch of artists from each of their bands on the label who came together and were featured on there so that’s the only other time besides having a guest vocalist that bands have done that. I was into that when I was young so as a whole, we wanted to do something different. We were having a barbecue somewhere in Canada in a car park and were like “let’s tour together, but let’s make it memorable” and for some reason, it just came up for us to write songs and do a split EP because bands aren’t doing a ton of that anymore. Push comes to shove and we were in the studio writing three songs together.

How long did the process in the studio and recording Equinox take?

During all of this, we were both touring as well. Northlane was in the states and In Hearts Wake was on tour with Asking Alexandria, but I don’t remember if it was in Europe or the states, but we wrote “Hologram” and In Hearts Wake wrote “Refuge” and when we came into the studio, we listened to the songs and then we collaborated on the ideas.

The whole writing process wasn’t from scratch because that would have just been way too hard to get everyone together for that amount of time, but once the music started coming together, we were tracking it and collaborating. With the vocals, there are two singers and two screamers and I guess you can hear it in the choruses, Marcus [Bridge] sings a line and Kyle [Erich] sings a line and on the third time it comes around, they harmonize and Jake [Taylor] will do the next line which is a screaming line and stuff like that.

It was tastefully put together as opposed to having three guys oversaturate it and there were some cool ideas put out by Will [Putney] because he has never done anything like that before, but we have worked with him twice now so he would suggest where certain vocals could go and he thought about things vocally and lyrically in a way that we might not have approached. As a whole, at the end of the day, it sounds mad and it’s a big collaboration.

A strong balance on this EP was achieved that kept it from sounding too much like Northlane or too much like In Hearts Wake. Did you find it difficult during the process to find a balance?

Not really. When you think about it, we have grown up together. Well, not grown up from young, but we have watched both of our bands from the beginning when we were first starting to where we are now. Like our song has a little more In Hearts Wake vibe and their song has a little more of a Northlane vibe and that was definitely intended so that when you listen to it from front to back, its a continuous listen and it all flows together. There are a lot of different elements, but it all has a certain vibe to it and I think that is just from the fact that we have seen each other grow. When you tour with a band that much, it’s like a relationship. When we went to write this, we knew how In Hearts Wake would approach certain things in the process.

Northlane is on the road for the majority of the year. How do you handle the negatives that come with constantly touring?

I hate being at home. Well, I don’t hate being at home, I love it, but I don’t have a girlfriend or a relationship to maintain so being here is pretty easy. It’s just like do your job, go to sleep and hang out with your mates for two months. You know, of course people have good and bad days like any job, but you just learn to spend as much time with people you like.

You can tell on the road when people need their space so it’s about being thoughtful of the people around you and that’s the easiest way to get through it. If you are having a bad day, go for a walk or something. I could be at a cubicle all day or doing the job I used to do or I could deal with being a little bit homesick every once and a while and have the option to explore different countries around the world. Especially when you’re in a country that is non-English speaking, if someone is having a bad day, cool. I am going to go look at the Eiffel Tower then. We were just sat at home for two months and I hated it.

Northlane has some time off from touring at the end of the year, does the band have plans to head into the studio and work on new music?

We are going to use that time to write, but we have been full on for the past year and a half just touring, touring, touring. When we thought we were going to have a break, our singer left so then we decided to put out a new record and since there was such a big change, we kept on going. So it’s going to be nice to have a bit of a break and to write and then if everything comes together, we will look at recording again, it just depends on how it goes.

There’s usually a timeline of things, but this time, things have been a bit more chill. Since we had such a big change with our vocalist, we are just going to approach it one step at a time. Hopefully, in the four months we have at home, we will finish the record and record it. But if it takes a little bit more time, then it takes a bit more time. Fingers crossed.