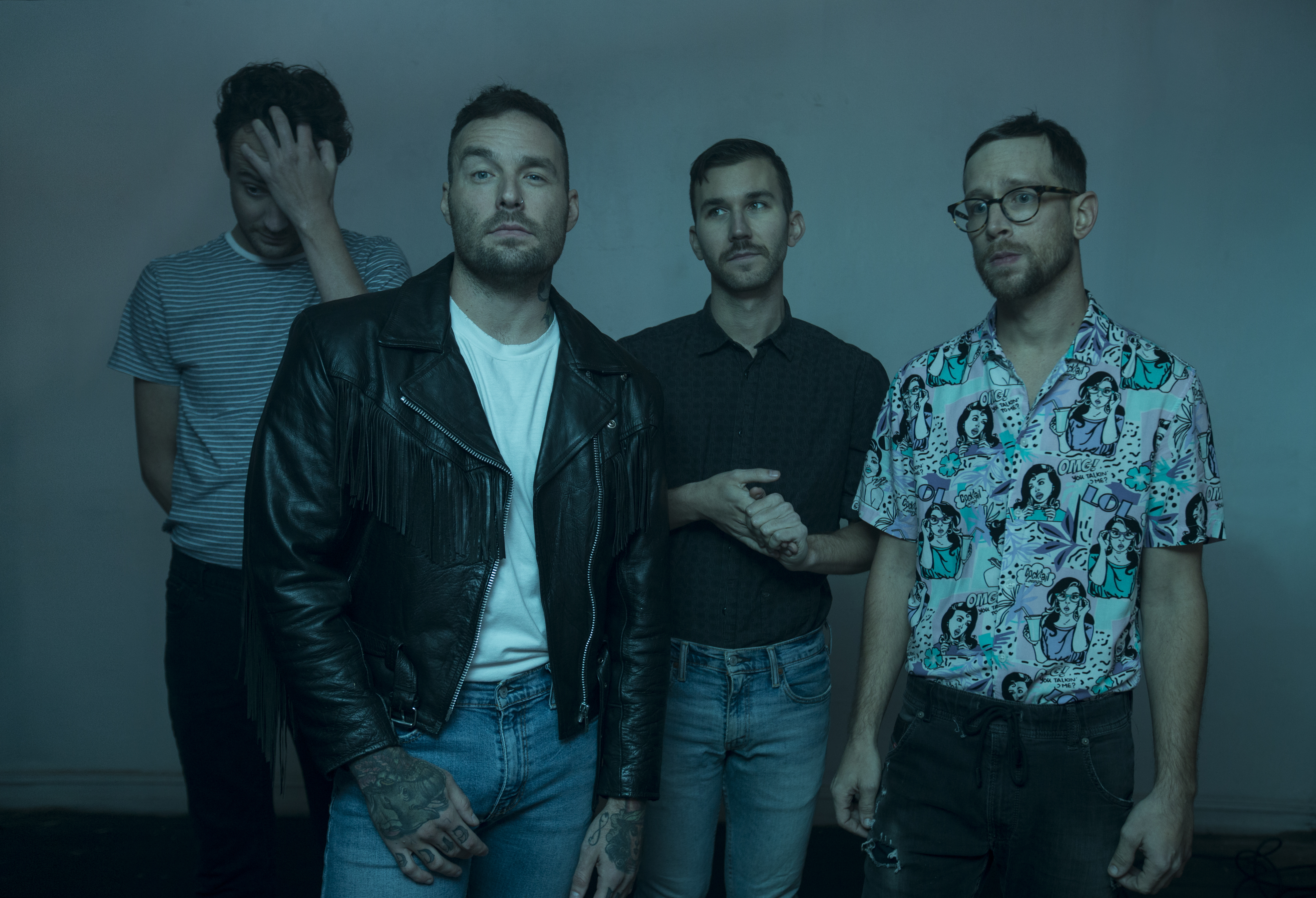 Los Angeles based alternative pop/rock band Emarosa have released their latest track “Ready To Love,” a song that frontman Bradley Walden told Billboard is about “that bite that’s too hot. You know it’ll hurt, you know it’s not ready, but it takes the pain to learn your lesson”.  Their first single since the release of Peach Club, “Ready To Love” continues the path Emarosa traveled with Peach Club to put their scuzzed-up riffing in the rearview mirror.  Juxtaposing subtle riffs and glittering hooks with candid and heavy-handed storytelling, Peach Club is weaved together with spirited chimes, synths and infectiously danceable bass riffs. The band made it blatantly clear they had unapologetically reinvented themselves.  Packing a fierce-1980’s sound and sparkling indie-pop mood, Walden unapologetically pronounced his band’s post-hardcore era dead, stating, “We’re at that point where we’ve realized that there’s no consequences for making whatever record we want to make.  We started writing, and it felt like the book was being thrown out the window.  There are no rules.”

Starting in November, Walden and the boys bring their atmospheric album of dreamy dance floor bops, including “Get Back Up,” “Cautious,” “Givin’ Up,” and “Don’t Cry,” on the road in its entirety. “We’re performing Peach Club front to back,” Walden said of the tour. “We’ve never done anything like this. It’ll be special.”  Fans have responded to the tour emphatically, with all but four dates selling out prior to the tour’s launch on November 29th.  You can follow Emarosa and stay up-to-date on all upcoming tour, band and music news, as well as stream and purchase their music, via the following links.  Check out the tour dates below.  Photo credit:  Bobby Bruderle.