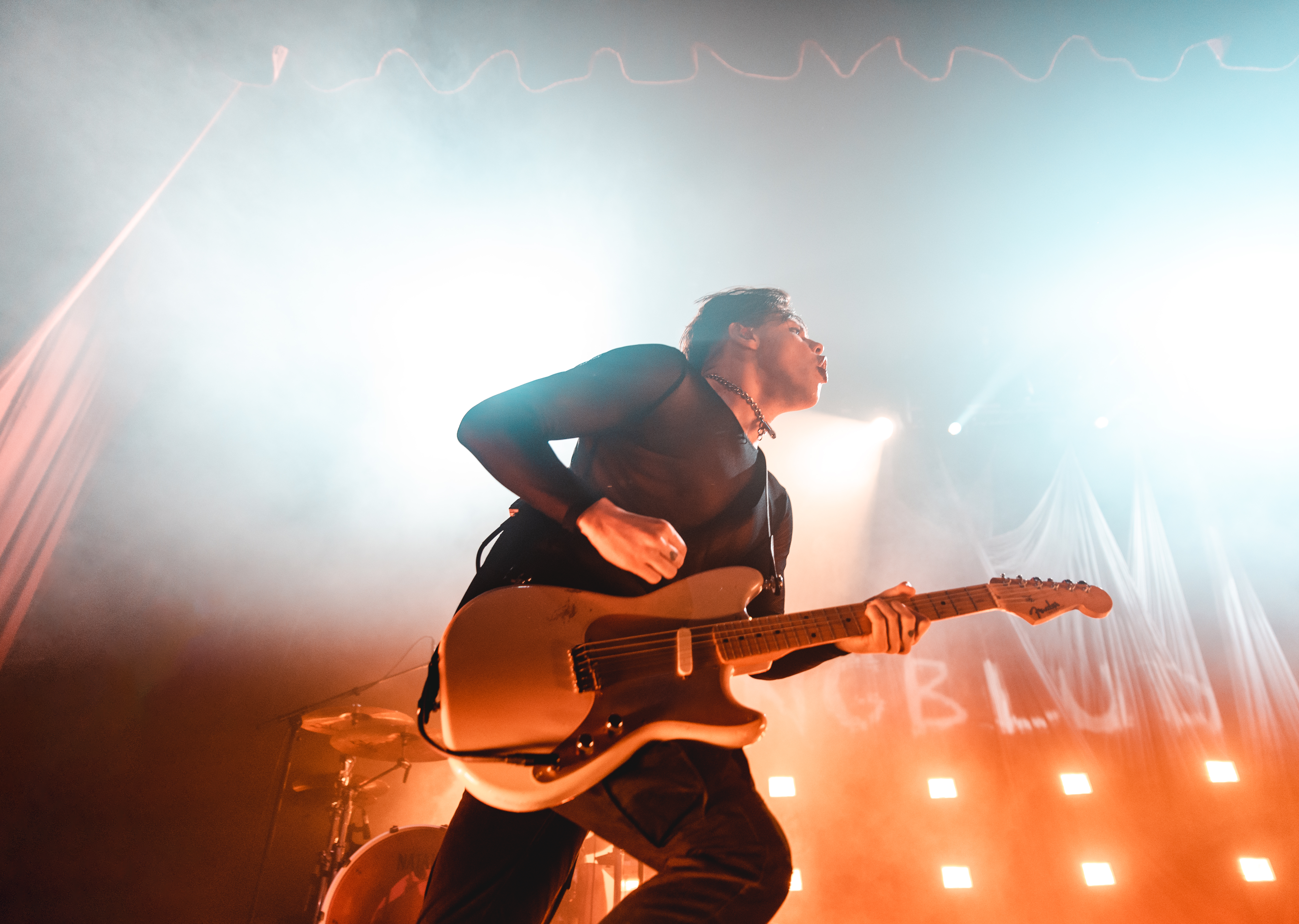 Selling out shows across the world British indie rockstar Yungblud made a triumphant return to the UK for a leg of sold out shows across the United Kingdom and alongside his black heart club he has quite simply took the nation by storm. Releasing his newest Ep entitled ‘The underrated youth’ in October and recently collaborating with Marshmello and Blackbear on the track ‘Tongue Tied’, the Doncaster born artist is on a monumental rise to the top of the industry with an unbelievably strong fanbase behind him and this couldn’t have been any clearer than on Wednesday night in Manchester where he and his army took over the Manchester O2 Ritz for a sold out night to remember. Support for the night came from Saint PHNX.

Yungblud, real name Dominic, took the stage around 9pm to an ocean of fans at the Manchester venue, many of which had been out in the cold British weather queuing from 11am! The lights dimmed as the giant Yungblud sign lit up the room to a roar of cheers and screams as the show began, Dom crept out onto the stage before quite literally becoming possessed with the energy from the crowd. ’21st Century Liability’ and ‘Parents’ kicked off the night and the floor was rocking all night long as the Yorkshire boy performed with unprecedented amounts of energy throughout the night, a highlight for myself was finally seeing one of my favourites ‘I think I’m okay’ performed live and the scenes inside the O2 Ritz were as action packed as the song! Yungblud returns to the North West next year as he was recently announced amongst the line up for the Neighbourhood Festival in Warrington where I imagine his predict that he and his stage presence will be a complete show stealer, mark my words….