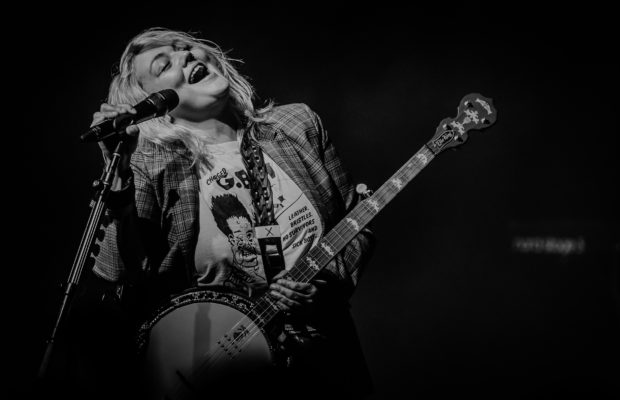 Elle King brought her highly anticipated “Shake The Spirit Tour” to the Masonic Auditorium in Cleveland. Opening the night was Barns Courtney, who put on an amazing show. He has been selling out shows in Europe for a while now and I was very excited to catch him on this tour. His stage presence is unbelievable and the crowd loved his set.

When the lights went off and Elle King came on stage to the sound of roaring fans the energy in the room went through the roof. She opened the show with “Talk Of The Town” and continued her set with a variety of songs from her latest release “Shake The Spirit“, as well as songs from her previous releases.

In between songs she would chat with the audience about growing up in Ohio when she was a youngster and said “Every time I come to Ohio I think about the time I lived here. Back then, people were shitty to me and now you are so good time me. So just remember that I fucking love you”. And the audience showed her just how much they love her as well.  When it was time for her smash hit “Ex’s & Oh’s” the entire venue was up on their feet, dancing and singing along.

For the encore, Elle and her band gathered around a microphone in front of the stage and performed a broken down version of “America’s Sweetheart”. She then left the stage to the sound of a cheering crowd who got just what they were looking for this evening.