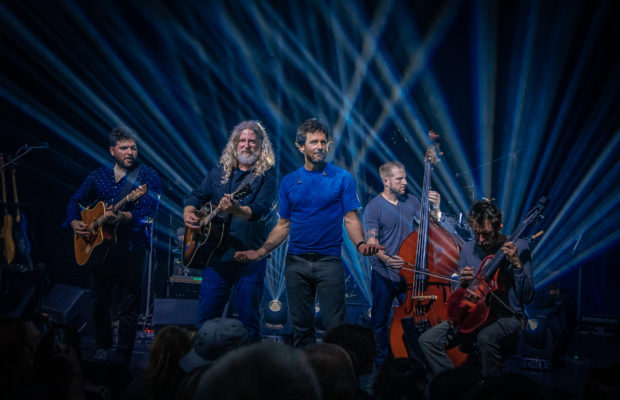 Carbon Leaf brought their “Hindsight Is 2019, Looking Past The Future” tour to the Kent Stage on April 20th. The front of the stage was GA with seats behind, which I think was awesome since people could get up to dance if they wanted to.

Their setlist was a great mix between newer and older material and the crowd loved it. I got a look at their setlist before the show and instead of playing “Torn” the band decided to honor the wish of a young boy in the audience, who wanted to hear “XRay”. Great choice, little man.

For “Comfort” and “Miss Hollywood” the band crowded around a single microphone at the front of the stage with their instruments and you could hear how their voices harmonize beautifully during these acoustic songs.

When the band left the stage the crowd started to chant “encore, encore” and Carbon Leaf did not disappoint. They played three songs, before the band came back to the front of the stage for the set-closing “Gifts From The Crows”, which they performed without any amplifiers. You could have heard a pin drop in the Kent Stage.

Before leaving the stage, lead singer Barry promised that they would be back in Cleveland on October 18th 2019 at the Music Box Supper Club. Tickets are on sale now and can be purchased here.