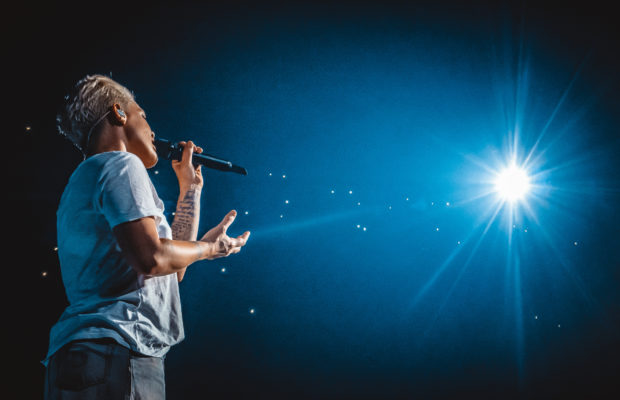 P!NK brought her highly anticipated “Beautiful Trauma World Tour 2019” to Detroit for two sold-out nights at the Little Caesars Arena. Friday night was rescheduled from last year when the singer had to reschedule and when the new date was announced, they added another night. I was able to see her on Saturday and she did not disappoint.

Opening the night was Julia Michaels, who in my honest opinion did not impress too much. Maybe I was simply too excited to see P!NK.

When the lights went off promptly at 9pm P!NK opened with the very fitting “Get The Party Started”, which she performed while swinging on a huge chandelier. She played for almost two hours and included songs from her newest release “Hurts 2B Human” which was released the night before, as well as songs spanning her entire career.

During the show, the pop star did not only show off her vocal skills, but also her gymnastic skills while soaring through the arena. Her changing set design was always spectacular and on point.

Even after two decades of performing live P!NK’s shows are a must see and I highly recommend catching a show when she comes to your area.

Encore
So What
Glitter in the Air