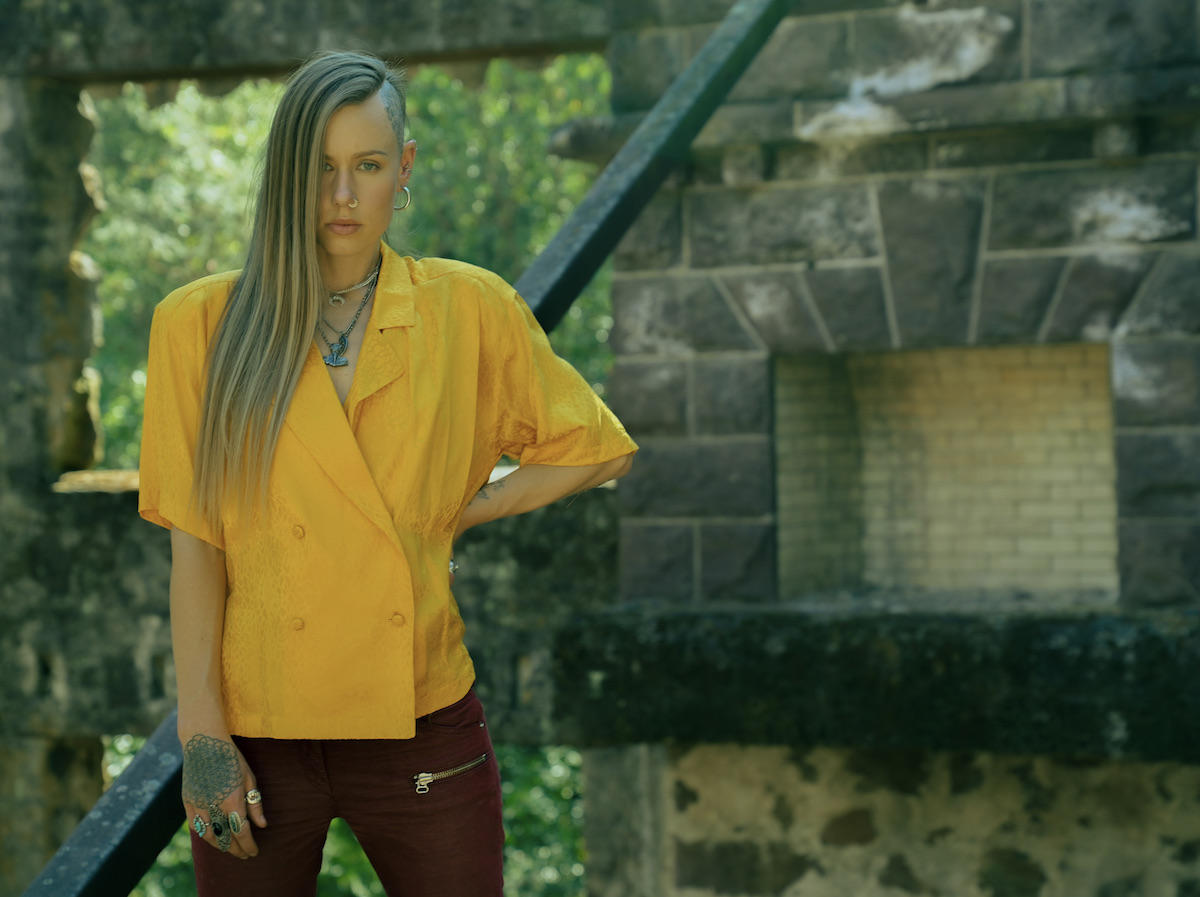 Lenni Revel, the Sonoma County, California-based artist, is getting set to release her cathartic debut album, Unbroken. The singer-songwriter’s compilation of music may be born of life’s trials but is nonetheless conceived in love. The 8-song collection represents a rebirth and a reclamation from the clutches of a dark period in the artist’s life. But Unbroken is also woven from a profound love story between Lenni and her husband, Robert Revel, an entrepreneur, and published author who wrote and co-wrote much of the album’s music. Lenni’s sonic landscape is unique, but draws from outlaw country and alt-Americana, with a slick injection of anthemic pop-rock. Her voice can move from a scrubbed-raw soulfulness to deep, velvety tones that enchant. Her vocal stylings garner comparisons to Stevie Nicks, Fiona Apple, Miley Cyrus, Norah Jones, and Amy Winehouse. She has just released her third new single from the Unbroken album, “Till Only Love Remains.” This sultry and haunting piano ballad was written by Robert during an introspective time when he was living off the grid in the Rocky Mountains. The lyrics question all the ways in which we self-delude; dismissing and denying all that feels true within ourselves while clinging desperately to self-serving ideas instead. The time in his life was marked by deep self-introspection; “Till Only Love Remains” was born from a pressing internal review. The verses are stinging inquiries about the ways in which we can self-delude; dismissing and denying what is true within ourselves while clinging desperately to fabricated ideas. The haunting versus are countered by a revelatory chorus blasting redemption onto the musical landscape until there is, “nothing left, till only love remains.” The song is a spiritual triumph, inspiring hope to all those brave enough to be truly honest with themselves.

“The song is woven with existential queries; the questions asked in the verses invite you to unwrap them on your own terms,” shares Lenni. “I love a song that has the lyrical depth “Till Only Love Remains” has; it reminds me of great writers like Leonard Cohen and Bob Dylan.” Her vocal performance rises to the occasion and mirrors the sweeping honesty in the lyrics, until the chorus line delivers us the consoling prophecy, ‘….nothing left, till only love remains.’ The song is for all those brave enough to be truly honest with themselves, even when it gets real uncomfortable to do so,” adds Lenni. Discovering an artist that personifies her art is a real find, and Lenni Revel is just getting started. Lenni’s own transformative story began years before the couple’s meeting as well, with fancy LA A&R execs vying to work with her; her promo image plastered on the digital billboard in Times Square pushing her new pop single, a song submitted for consideration in 5 Grammy categories in 2015. Yet Lenni’s pop dream dissolved soon thereafter when she chose to get clean and kick her Adderall addiction cold-turkey in a backyard shed. The ensuing withdrawals escalated severely into a psychotic episode, culminating in her admission to a psych ward on a mandatory suicide watch. Once released from the facility, Lenni chose to commit to her sobriety completely by stepping away from the business of music entirely. Affirming a fresh start, she deleted all her amassed social media accounts, effectively wiping away her presence from the internet.

A week after her 25th birthday, Lenni felt healthy enough to get back into the world. Taking baby steps to gainful employment again, she responded to a Craigslist ad to help someone pack up their garage in preparation to move. That someone was Robert Revel, her future husband. Unbroken, the soon to be released 8-song album represents her thematic rebirth and reclamation from the clutches of mental health struggles and the exploration of what it means to be truly free. With her husband Robert penning most of the Unbroken album’s songs, the magic of their collaboration has become strikingly apparent. Lenni’s future in music is now established with her return to the music industry and the redemptive release of the singer song-writer’s new debut album.

In Lenni’s own words: “I tried to use music when I was younger, to be seen in a certain way. But when I wasn’t looking, music changed me. It changed the way I see and feel things… and it changed my voice. It changed how I sang and what I wanted to sing about. Today, my relationship with music is the way it should be. Music uses me now to sing of a thousand things that have to do with the soul and the heart. It’s time I paid music back for the years I stole from it. Unbroken is my first payment.”

You can connect with Lenni Revel via the following links. Bio taken from press release.