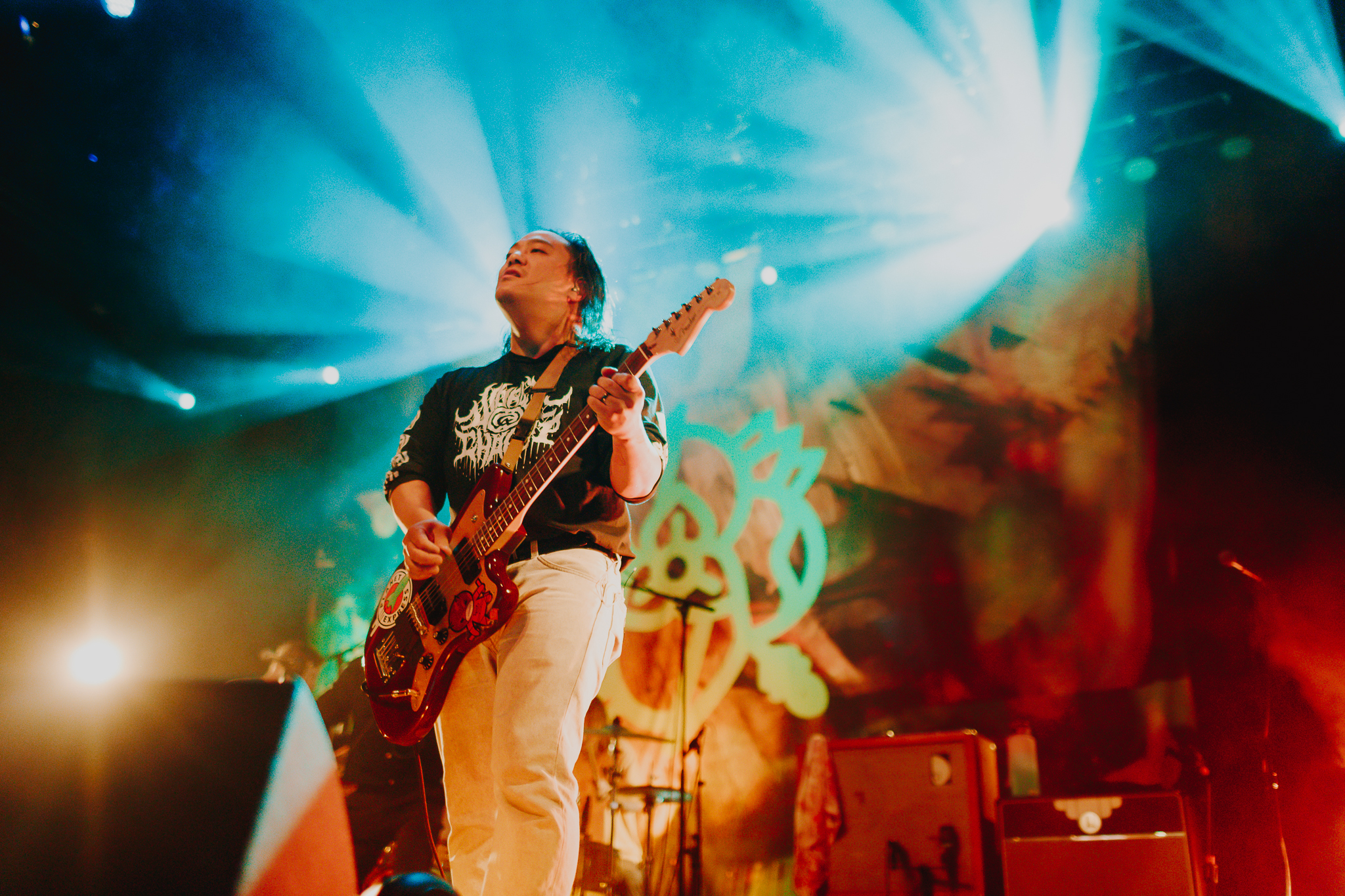 Walking through a crowd at a music festival, going to a record store, scrolling through Instagram, there’s a good chance you’ll see that oh-so-familiar lotus flower tattoo. You know the one. The mark of every person who has felt so strongly pulled in by the rhythms and beats and lyrics of a band called La Dispute. Everyone who is a fan knows the infamous catharsis in “King Park,” – the “can I still get into heaven if I kill myself?” bellowed out at the top of Jordan Dreyer’s lungs – but that’s not the only line, not the only song. La Dispute has recorded a phenomenal four full-lengths, as well as EPs, live sessions, and so much in between. This fall, we as La Dispute fans have come together to celebrate one of their best, what some may refer to as their magnum opus – Wildlife.

Even with COVID delaying the circumstances of this tour and this crowd’s congregation (turning it from the Wildlife 10 Year Anniversary tour to the Wildlife 10+1 Anniversary Tour), Chicago had a full room on September 30th at the breathtaking yet low-key Thalia Hall.

Warming up the crowd for the night were Peronica Vark and Sweet Pill, both of whom were very well-received by a crowd wearing everything from Phoebe Bridgers to Callous Daoboys shirts – there was variety enough for everyone.

The soft movements and energy during the openers, however, were nothing compared to the way the crowd awakens during La Dispute’s performance. Under the moody glow of golden lights mixed with greens and reds – a Departure begins.  The crowd has turned into an ocean, ebbing and flowing toward whichever side of the stage Dreyer has staked a claim on.

Every note that is hit, every instrument that is played, every line that radiates like the pain of a punch to the stomach or the butterflies of first love, the crowd comes more and more alive.

The best moments, however, are the lulls when the crowd shifts from quiet, near silent, to a kindled fire, growing, radiating warmth. Under a flood of blood red light, the low strumming notes of “A Letter” begin, followed softly by Dreyer’s voice has he begins the lyrics (and so does every other voice in the room). First, they’re just a low humming of words, but as each note becomes more intense, so does each line, until the lines I think the thing is that I shut off from everything – from friends and family and my own ambitions. From having fun, I just shut off from everything,” at which point, the crowd’s voices have swallowed Dreyer’s in an all consuming wave, but every word is so clear that they pierce like knives.

Between this moment, and the several others in the night that are so sharp they are all-consuming, it becomes clear that the catharsis this crowd is feeling makes complete sense, and is a shared experience between everyone in the room. This is also true, however, during the softer moments. The in-between moments – the ones where Dreyer speaks to the crowd between songs (a brief but strong commentary on the importance of trans lives, and the way we as The Midwest are wonderful people who have a role to play in sticking up for one another and doing wonderful things for our communities), and even just moments during more gentle songs (“Woman (in Mirror),” for example) where the crowd just sways like high grass in the wind.

La Dispute has a certain energy, something so unique, that has remained true for well over a decade, and it is emphasized during nights like these. Their music is poetry, and live, it is art that surpasses words, it is a series of feelings that reside deep in each of their listeners, every member of their audience. Wildlife may be eleven years old, but is still as fresh in every fan’s mind as it was the day it came out.