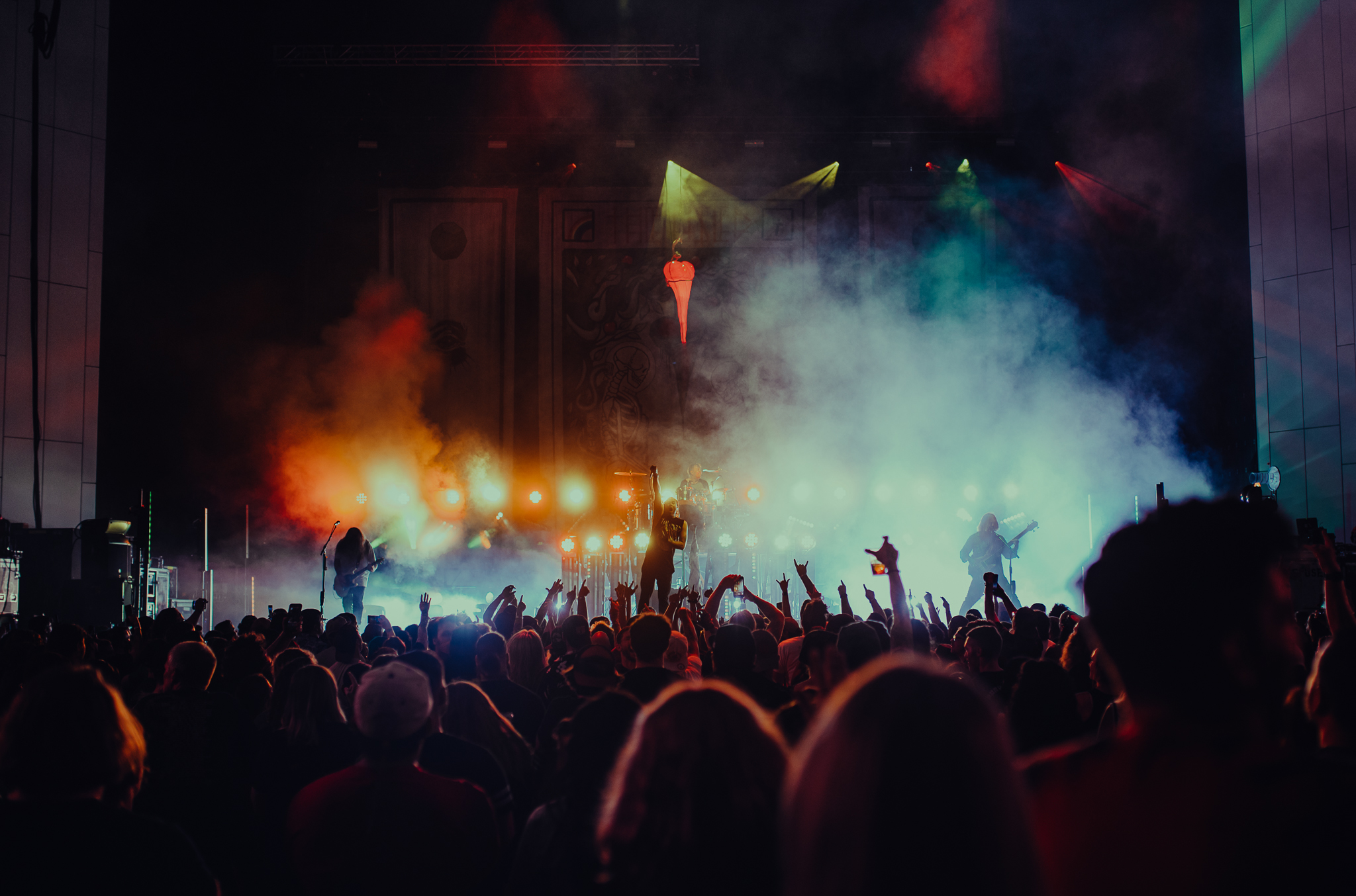 Coheed and Cambria with The Used

And Meet Me at The Altar

Emo culture was alive and well at the newly renovated TCU Amphitheater in Indianapolis last week; as scads of adults, clad in fishnet tights, black shirts, and skinny jeans, gathered to see Coheed and The Used with Meet Me at the Altar.

Meet Me at the Altar started off the evening with high energy, the up and coming pop punk band has been commanding attention all across the country over the last year, and it is very well deserved. Everything from their original music, to the pop punk medley, their set is an absolute blast from start to finish.

Shortly after the crowd waited in wild anticipation as The Used was about to take the stage. An absolute of the emo/punk/rock bands, everyone was excited for them to come out. The lights dimmed, and they came out, opening with the classic “Take It Away” from In Love and Death; an absolute crowd pleaser. The band powered through their set playing nothing but hits left and right, from “The Taste of Ink” to “All That I’ve Got” and “Buried Myself Alive”. The Used had the entire crowd off their feet from start to finish, even if their knees aren’t the same as they were in 2005. This band could never disappoint.

It was finally time for Coheed to take the stage, the ambient sounds ramped up the excitement. Personally, this is a band I could never get into as a teenager, but it’s also a band that puts on an amazing performance. The reviews are nothing less than true. Coheed took the stage and commanded the attention of every single person in the audience, even with the opening song being almost 9 minutes long, it felt like 3 minutes. The performance was energizing and exciting. Claudios voice soared and crooned over the crowd and never once let go.  By the time they closed with “Welcome Home”, it felt too soon.