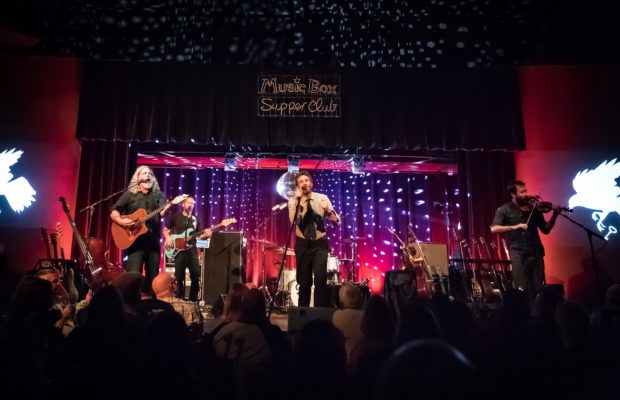 Carbon Leaf are currently touring the US on their “25th Anniversary Tour” and I caught them on their sold-out stop at the Music Box Supper Club in Cleveland last week. The band recently released their latest EP “GatheringVol.1” and we were lucky to hear 4 out of the 5 songs on in live.

About halfway through the set they played a little acoustic set, which sounded beautiful. They joked that there were some budget cuts and that they were gonna come out in sets now and that the audience gets to decide who stays and who goes.

Barry Privet, the lead singer, told us how 4 days into this tour their truck broke down in Texas. Up until today said truck is still in Texas being worked on. This tour has not been without hiccups, but the band is so grateful to be celebrating their 25th anniversary with everyone that has been coming out to see them on this tour.

For the encore the band came on stage and sang their last song a cappella, without any instruments or microphones. What a perfect ending to an amazing performance.