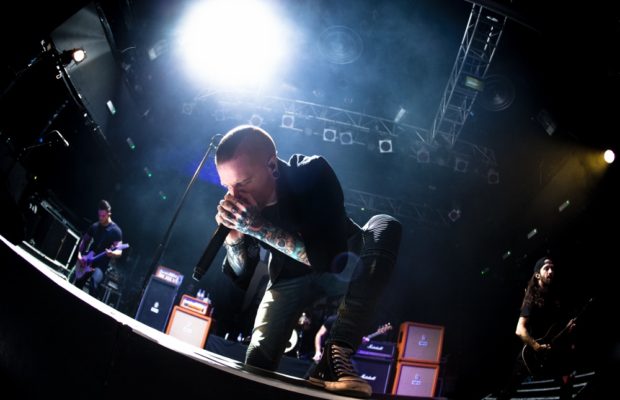 Memphis May Fire returned to London as part of the RISE UP TOUR, alongside Silverstein and The Devil Wears Prada. The tour started in October in North America and travelled all the way through Europe and has finally reached the UK.

London’s KOKO was packed with fans of the three headlining bands, as well as of special guests’ Like Moths to Flames who joined the EU/UK tour and opened the night.

After strong performances by The Devil Wears Prada and Silverstein, who’s setlists included a taste from each album the band has released, on came Memphis May Fire.

Surprisingly, the venue seemed a bit emptier at this stage of the night, however the fans who chose to stay had clearly made a smart choice- as Memphis WERE fire tonight in London.

Although they were supporting the release of their latest album, ‘The Light I Hold’, the majority of the songs Memphis May Fire played were from ‘Challenger’, the band’s third studio album that came out in 2012.

There was a circle pit, there were crowd surfers and there was even a touching ballade. All the boxes were ticked tonight for Memphis May Fire, and they sure left London wanting more.