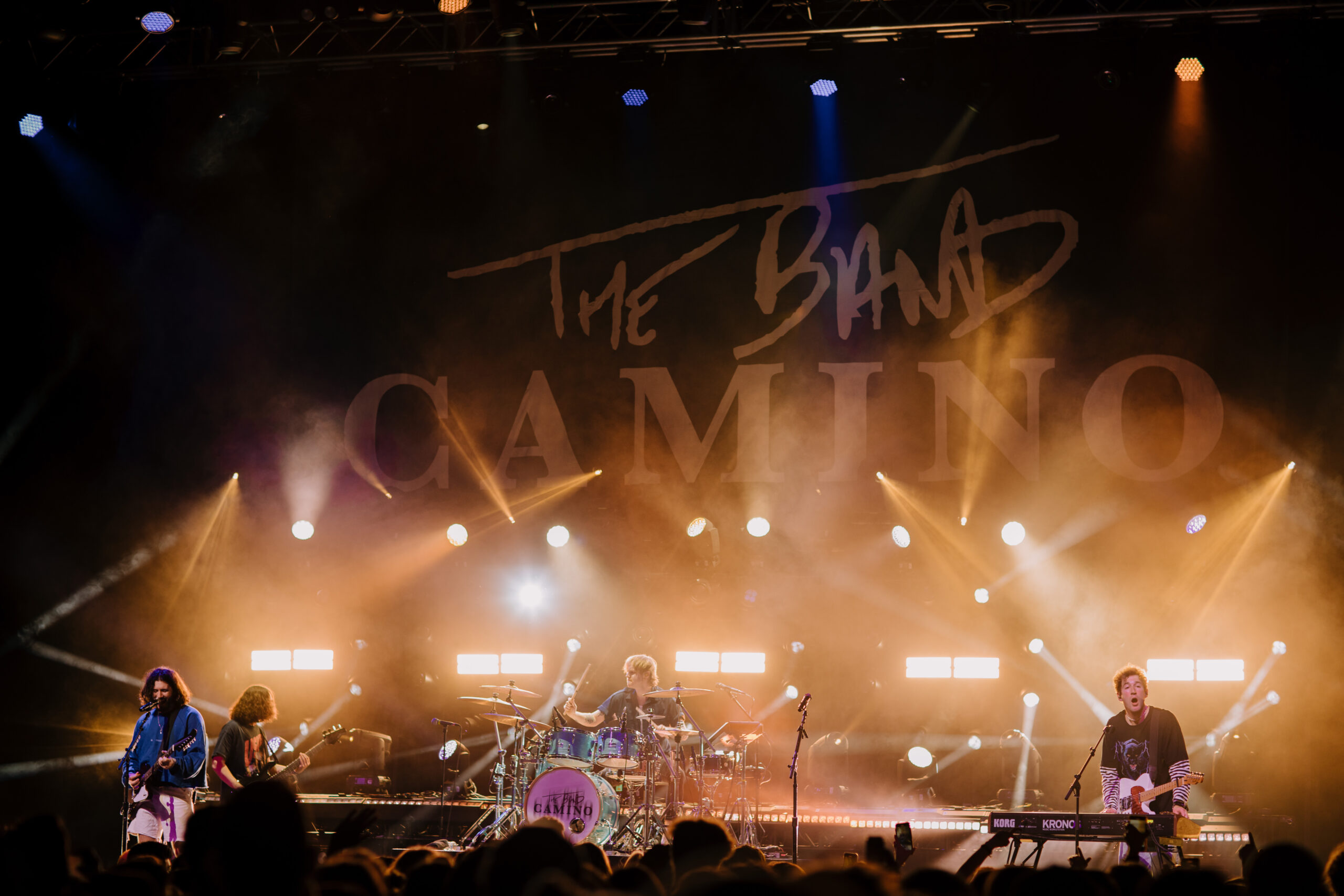 The Band Camino with Flor, Hastings

On March 23rd, the streets of Louisville were filled with fans traveling near and far to attend the first night of The Band Camino’s tour. A sold out show at Old Forester’s Paristown Hall. As the doors opened, fans rushed to the barricade. Shouts of excitement filled the room.

Upcoming artist, Hastings kicked off the night by playing songs off of his self-tiled Debut EP that released back in December. He really captured the crowd with one of his more popular songs “Chapstick”. A handful of fans throughout the crowd were just as excited to see him as they were The Band Camino.

Up next was Oregon based band, Flor. Their energy was unmatched as they set the tone for the rest of the evening. Flor opened up with one of their newest singles “Play Along,” and fans were singing right along with them. I would have loved to see them play longer.

After waiting for what felt like a very long time, the lights dimmed and the crowd roared. The Band Camino took to the stage opening with “Know it All”. Fans were singing so loud that at some points heard more of them than the band. It gave me chills.

Throughout their set, The Band Camino made it a point to interact with the crowd and thanked the fans for showing up even after the years of not being able to tour due to the pandemic. Singer, Jeffery Jordan, took the time to look around the crowd and read the many different signs people held up, and wished a fan a happy 24th birthday. The crowd cheered.

As the night went on, they played old hits and newer songs off their latest self-titled album. This was their first time performing “Never a Good Time,” a song that had people jumping around. From the front of the crowded room to the very back, fans were dancing with one another, happy to be in a room for the same reason- the shared love and joy of live music and The Band Camino.

They closed out the night with “1 Last Cigarette,” and “Daphne Blue,” as the crowd held their hands up in praise. The Band Camino put on a spectacular, high energy performance. One fans will not soon forget. Remaining tour dates are available here.