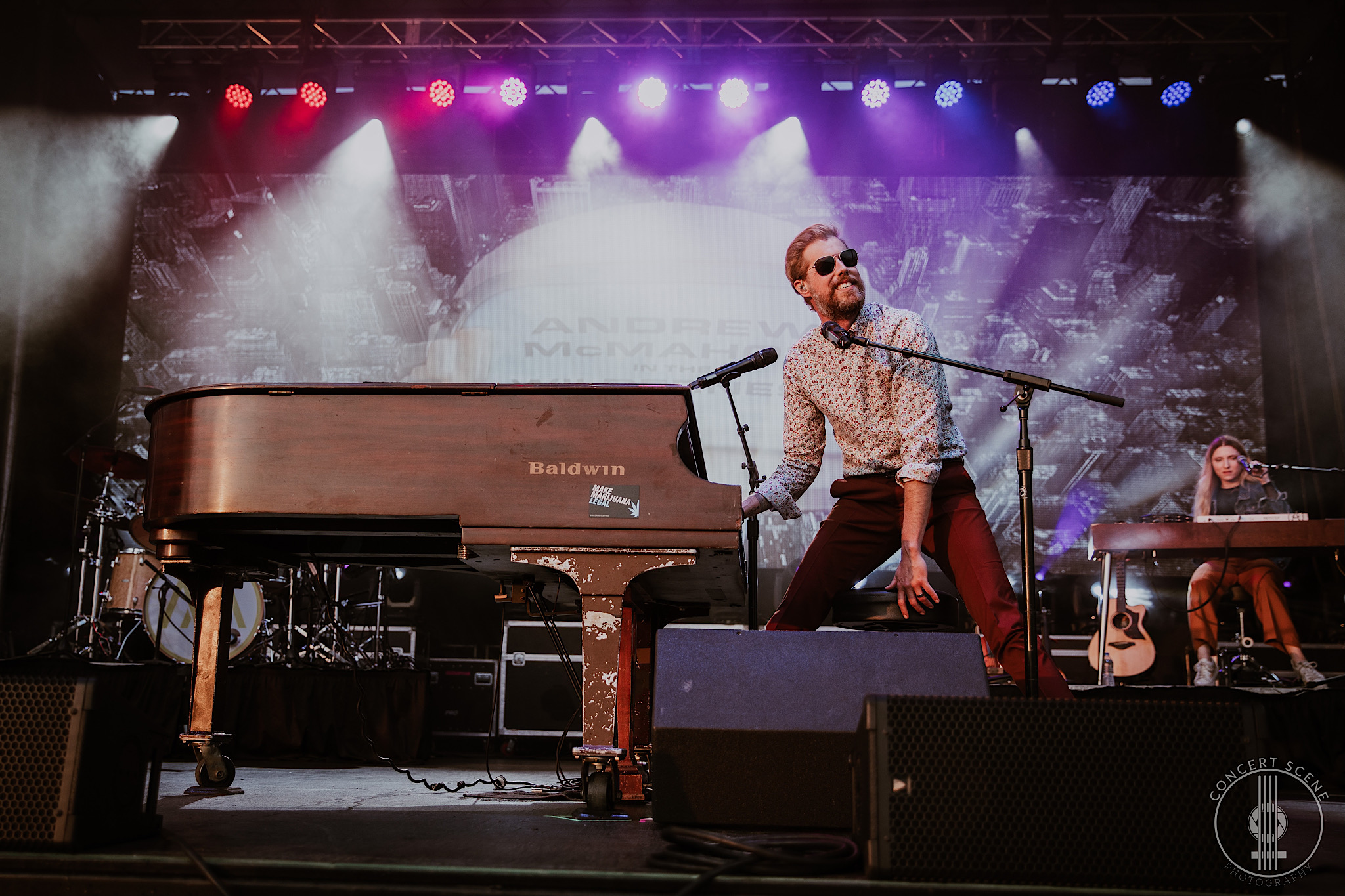 After a long live music drought due to Covid-19 concerts are finally coming back. With restrictions still in place in Michigan, Andrew McMahon played two Pod-Concerts in Pontiac in front of an enthusiastic crowd.

Each Pod held 2-6 people and they were all spaced apart to allow for social distancing. Saturday night’s show was nothing short of amazing. People were there to have a great time and the band was in top form performing songs that spanned most of McMahon’s career.

Andrew McMahon is known for joining the audience during his set in the past and I was excited to see that despite social distancing he jumped off stage a few times during his set to walk through the crowd and visit with thrilled fans in their pods to shake hands and give high fives.

After an impressive 23 songs set, McMahon jumped off his piano and waved as he left the stage, ready to head home to see his daughter for father’s day the following day. Fans were left wanting more and they are in luck because tour dates for the fall were just announced.

Definitely check him out, if he comes to your neck of the woods on his Three Pianos Tour. Tourdates can be found here.