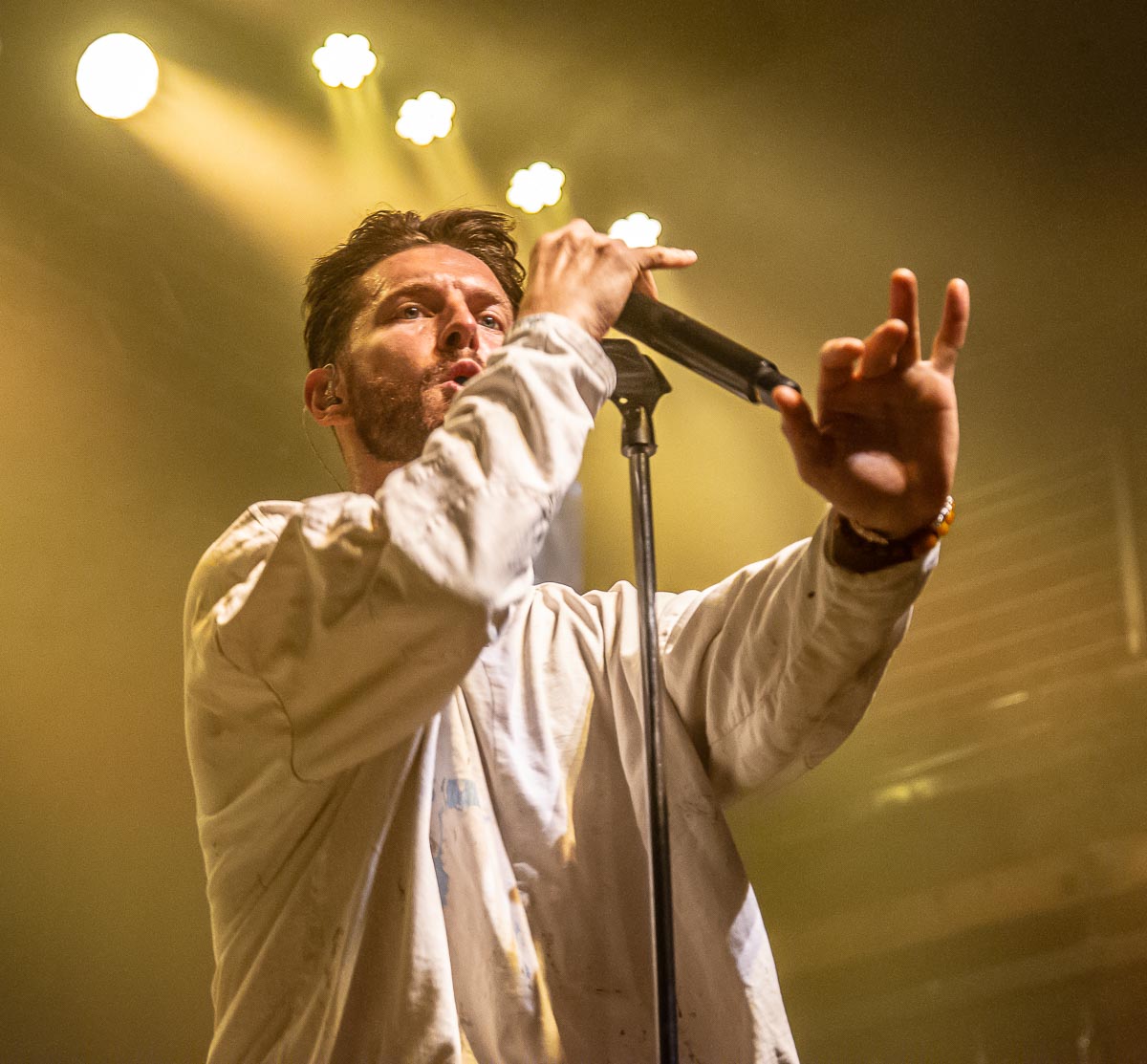 San Francisco pop/soul/R&B singer Marc E. Bassy brought his Nothing In This World Tour to Louisville, KY recently, performing to a sizable crowd of excited fans!  Although the venue normally has a barricade, it was not present this evening, by request from the artist, making for a more intimate and fun evening for the artists and the crowd.  Starting out the show was Denver-based rapper Big Trip.  Having fun with the crowd from the first note, he was giving fans handshakes and engaging them with sing-alongs, giving the crowd plenty of close interaction.  At one point, he threw several t-shirts into the crowd, eliciting plenty of cheers and shouts of “Over here!”.  He definitely got the crowd warmed up!  Next up was Rae Khalil, a singer and rapper from Torrence, CA.  With an R&B vibe to her music, she sang several of her songs, in addition to rapping, and had a great time on stage sharing her music with the crowd.  I have no doubt that she made some new fans this evening!  Up next was Orlando singer-songwriter John K.  A bundle of joy and energy on stage, he was all smiles as he performed to the excited crowd.  Having garnered a passionate fanbase since releasing his first single in 2017, the crowd this evening was having fun dancing and singing along.  About midway through his set he sang his 2020 single, “Cheap Sunglasses”, which saw him wear a pair of brightly colored cheap sunglasses.  He even passed a few pairs out to the crowd beforehand!  He put on a great set and kept the energy high for Marc E. Bassy!

Coming out on stage to a roar of cheers and applause, Marc E. Bassy got the crowd hyped with “Feel Different”.  Working the stage and having fun with guitarist/keyboard player Pete Jonas, Marc interacted directly with the crowd, who were singing and dancing with their hands in the air.  With more of a rap-based focus early in the set, about halfway through he told the crowd that they were now entering the R&B portion of the show where he and Pete would start drinking wine on stage, with them then clinking their wine glasses together.  Although Marc drank his glass down quickly, the crowd had to chant “Chug! Chug! Chug!” to get Pete to finish his, which made for a humorous and lighthearted laugh. They then played what Marc described as one of his favorite songs-“Crash For A Couple”.  He told the crowd that by the end of the night, they possibly could all be up on stage with him-it was that kind of show!  He thanked the crowd for coming out this evening, especially since it was raining, and then brought Big Trip out to sing “Luxury”, the song they collaborated on together.  He then told the crowd that they were an attractive crowd and asked if anyone came with their significant other.  He went on to say how he appreciates people like those in the crowd listening to his music and that none of his love songs are fictional, but are rather from his real life.  Before launching into “Morning” he talked about how he loves it when people listen to the song and that people have gotten engaged and married to it, and that it’s kind of a messed up song but that’s how life is.  Playing a few other songs for the crowd, Marc E. Bassy gave the crowd a fun-filled and engaging night of great music, plenty of dancing and a few laughs throughout the evening!  It was a fun night that left people buzzing long after the music stopped!