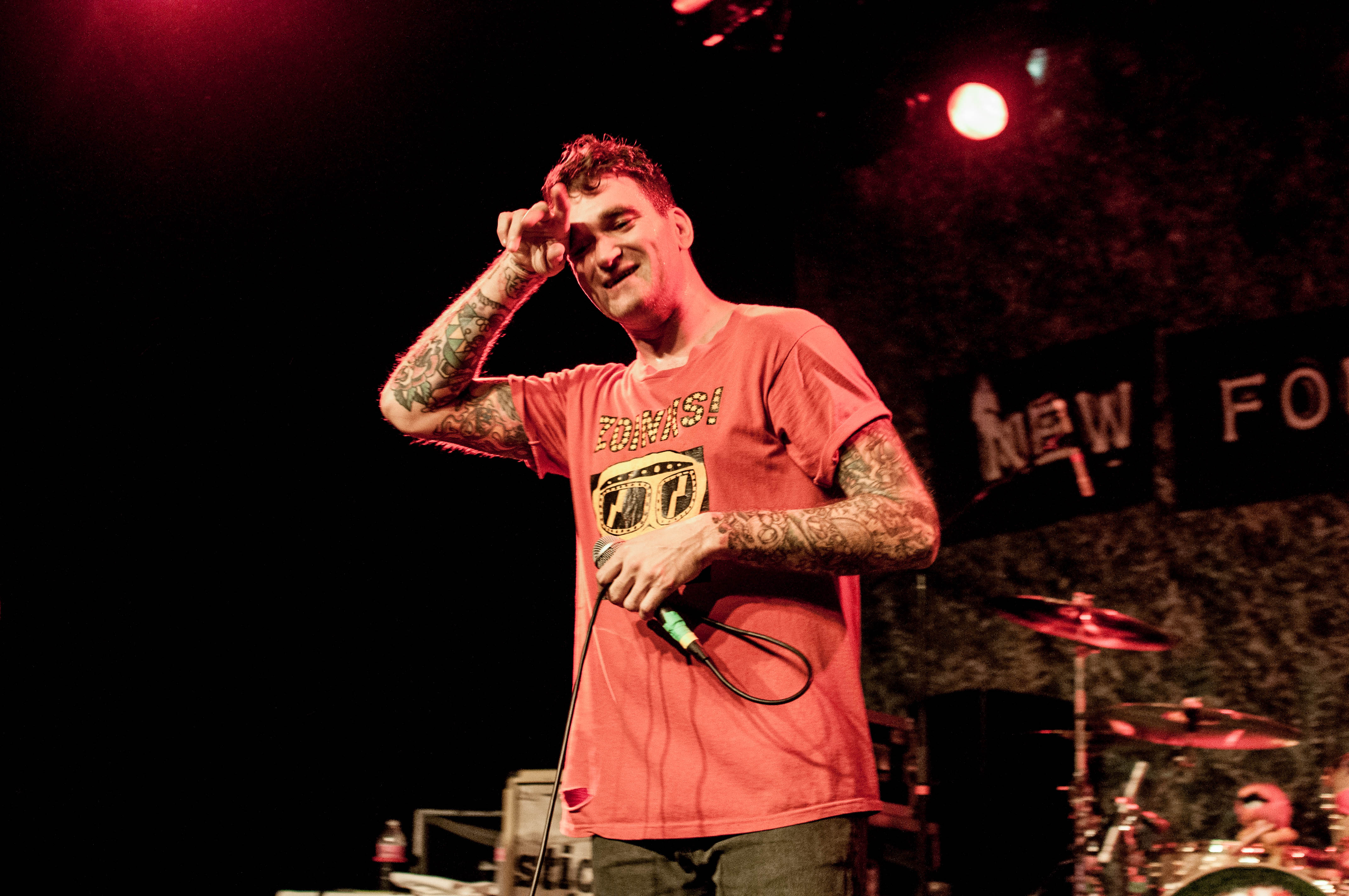 New Found Glory are without a doubt the godfathers of pop punk music. Starting off way back in 1997, their music has managed to not only impact those who grew up with them, but also the new wave of music fanatics sixteen years later. New Found Glory hit the road this past spring for the second part of their Sticks and Stones Ten Year Anniversary Tour, stopping in Seattle on June 2nd. After getting flack from their fans for not stopping in the Pacific Northwest during the first leg of the tour, the sold out music venue that night was packed to the wall with NFG fans of all different ages – some followers of the band since the very beginning to those that aren’t even tall enough to see over the crowd barrier.

Sticks and Stones is notably the band’s most popular album release to date, leaving the night filled with old hits from that album as well as some of their most recent releases. As soon as the band hit the stage with the Sticks and Stones opening track “Understatement”, the entire room exploded with anxious fans. Like any other pop punk band onstage, the constant movements from the overly energetic frontman Jordan Pundik, guitarists Chad Gilbert and Steven Klein, bassist Ian Grushka and drummer Cyrus Bolooki is enough to get the crowd hyped with every guitar riff and drum beat that shakes the venue.

However, after sixteen years of creating music and touring, New Found Glory have one attribute that gives them the upper hand over other bands in the genre – experience. You can work to control a crowd and practice what to say to get fans moving, but with New Found Glory, it all comes naturally. The admiration and respect that radiates off their dedicated fans in the crowd cause NFG’s shows to have such a different and positive energy. Whether it was the thirty year old man rocking out in the front row, becoming a fan after seeing them on the 2002 Warped Tour, or the little boy, no older than seven, that Chad Gilbert brought onstage at the end of the night to sing along with – it’s New Found Glory’s years of hard work that have allowed a musical family to form and unite at every show. Closing off the night with hits like “All Downhill From Here”, “Coming Home” and “Hit or Miss” – the well rounded set of old tunes and new songs did not disappoint a single person in the crowd.

It’s a safe bet that whether its ten years from now or until each member is rolling onstage with their walkers, the members of New Found Glory have no intention of ever slowing down and it is a guarantee that no matter where they go, their fans will be right behind them.