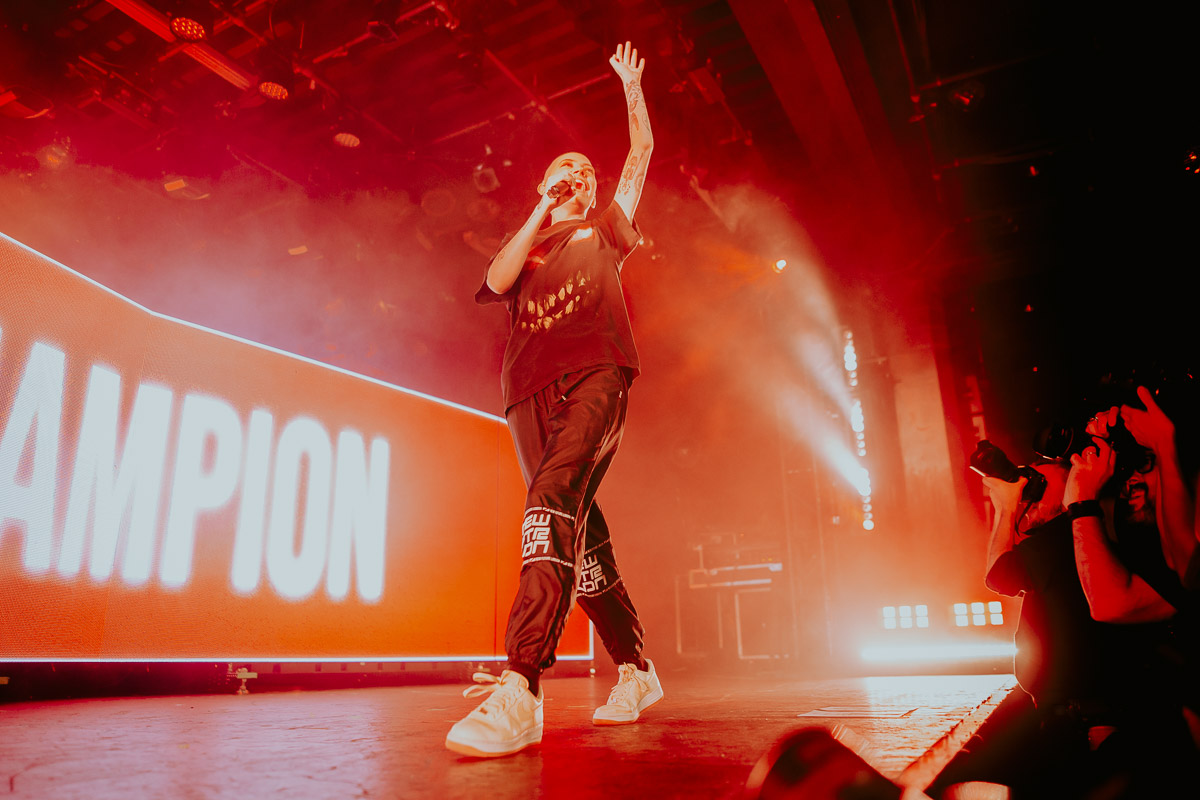 Vancouver’s Commodore Ballroom was treated to an incredible night of music by three incredible womxn on Monday evening!

Jax Anderson, formerly Flint Eastwood, got the evening started with one of the most positive, upbeat sets to have come through Vancouver in a long time. Bouncing around the stage and singing directly to the audience, she made sure that every single person in the room was having a good time. Her set was short but filled with hits, including “Monster” and “Queen”, which all had the audience singing, dancing, and ready for a good night.

Miya Folick graced the stage next, stunning the audience with her incredible voice. She performed with so much strength, seemingly putting every emotion in her body into the words she was singing and throwing herself on the floor during a couple of truly emotional moments. She seemed to tower over the audience, and not just because of her sheer height, but also because of the impact that she had on the crowd when she sang. Her lyrics seemed to smack you right in the chest when she sang in the most incredible way.

Finally, it was time for Bishop Briggs to hit the stage. After a 10 minute countdown on her massive screen backdrop (which barely fit on the stage), Bishop bounced onto the stage, backlit by the word ‘CHAMPION’, and took a moment to take in the nearly sold-out audience. It had been over a year since she last took this stage, and oh boy, was Vancouver ready for her to come back. They let her know by cheering for a solid couple of minutes before she had the chance to start her set. She kicked the set off with the title track of her new album “Champion” (released Nov 8) and went back and forth between new and old songs before playing the emo medley to end all emo medleys. She mashed up Twenty One Pilots’ “Stressed out”, Panic! At The Disco’s “I Write Sins Not Tragedies”, and My Chemical Romance’s “Welcome To The Black Parade” surprising and delighting all her fellow emos in the room. Throughout the entire set her energy did not seem to waver as she flew around the stage, only stopping to take in the audience’s screams. She finished off the set with her hit “River”, which left everyone wanting more and ready to see her when she returns to the city, hopefully in the near future.