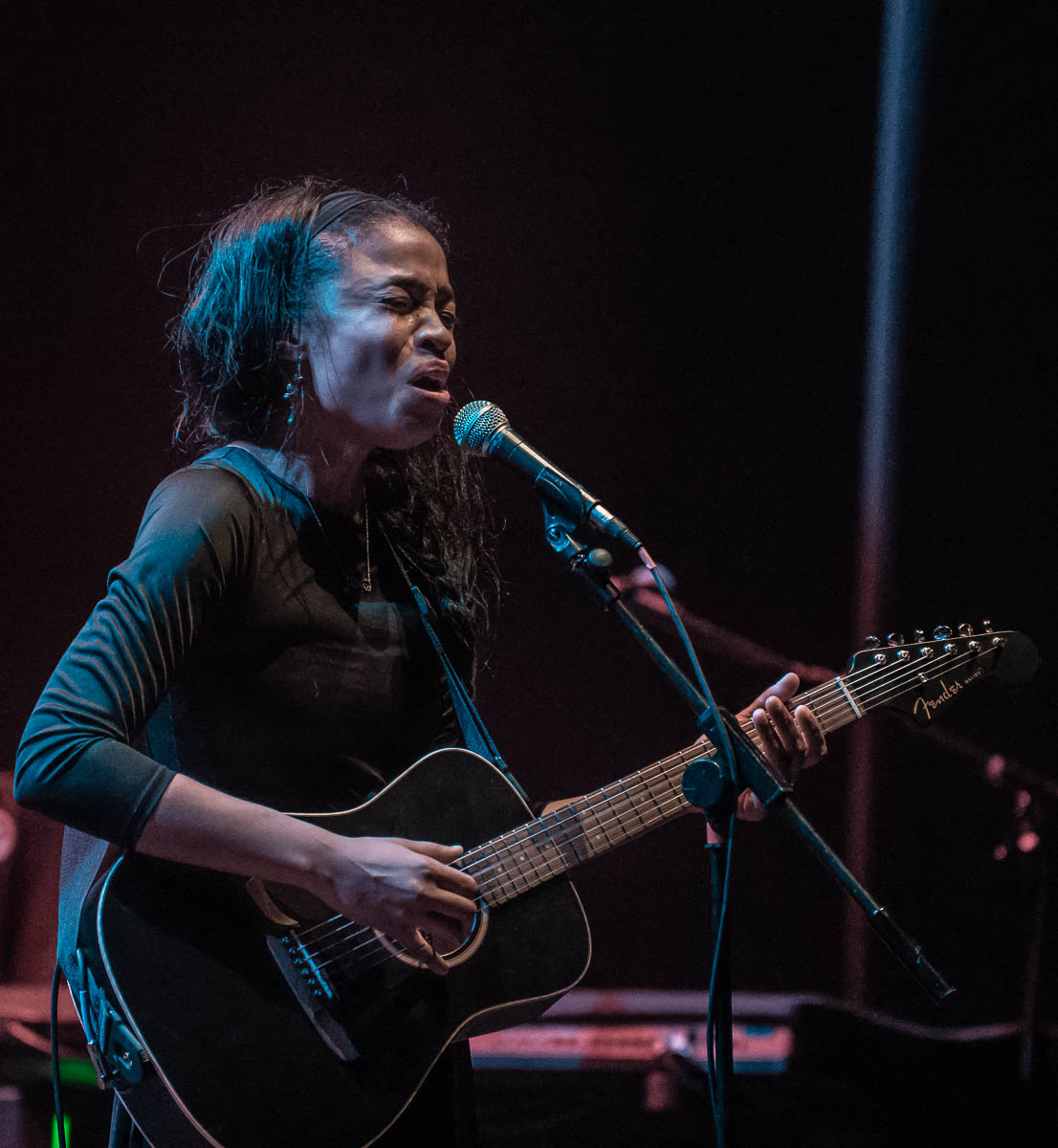 Nashville-based artist Adia Victoria recently released her incredible new album A Southern Gothic and performed many songs from the album recently in Louisville, KY.  She is currently touring as support for Jason Isbell & The 400 Unit, who performed a two night run in Louisville.  With a soft, yet commanding, presence on stage, she told stories about her life and about the songs that she was singing for the audience this evening.  Singing songs that included “Magnolia Blues”, “Mean-Hearted Woman”, “Whole World Knows”, and “Troubled Mind”, she had the audience moved by her message.  It was apparent that she deeply felt the lyrics she was singing and was moved by the emotion of each song, whether by stomping her feet or walking around the stage with a tambourine in hand, which added to the gravity of her performance.  She ended the set with “South Gotta Change”, the only song that she said she wrote in 2020, inspired by John Lewis and telling people to make their voices heard and to get into good trouble.  Adia Victoria is a phenomenal performer and earned a standing ovation as she ended her set!