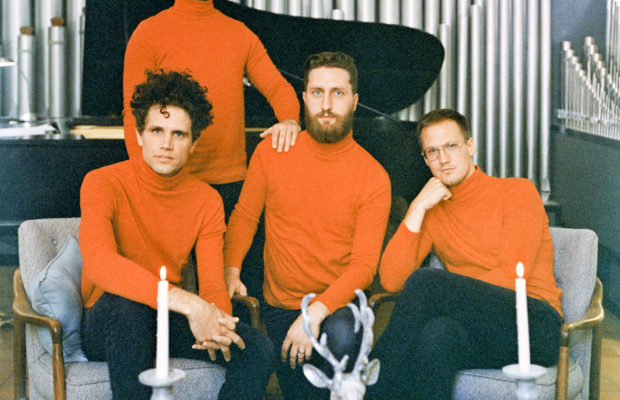 Stu here, my most memorable show I’ve had with Fictionist was when we played the 9:30 club in DC opening for Neon Trees on a Monday night. We had gotten into town early, and I pushed around on my skateboard and ended up finding a cool little park near the venue and watched the locals land tricks that I only dream of. It was hot too, being from the west I never quite get used to the East coast humidity. After pushing back to the 9:30 club my expectations were low it being a Monday, but slowly the venue filled up until it totally sold out. There was a chaotic energy there, sweaty shoulder to shoulder excitement. As an opener we were playing for primarily the trees fans, but they went nuts. There was a border line mosh pit in the middle, and we aren’t a 90’s grunge band (though, some of us would love that 🙂 There is energy at every show, but some times neither us nor the audience can predict how crazy it can get. Playing our music for strangers feels vulnerable, when they respond like DC did it makes it all worth it. We hope to get out there again soon!!