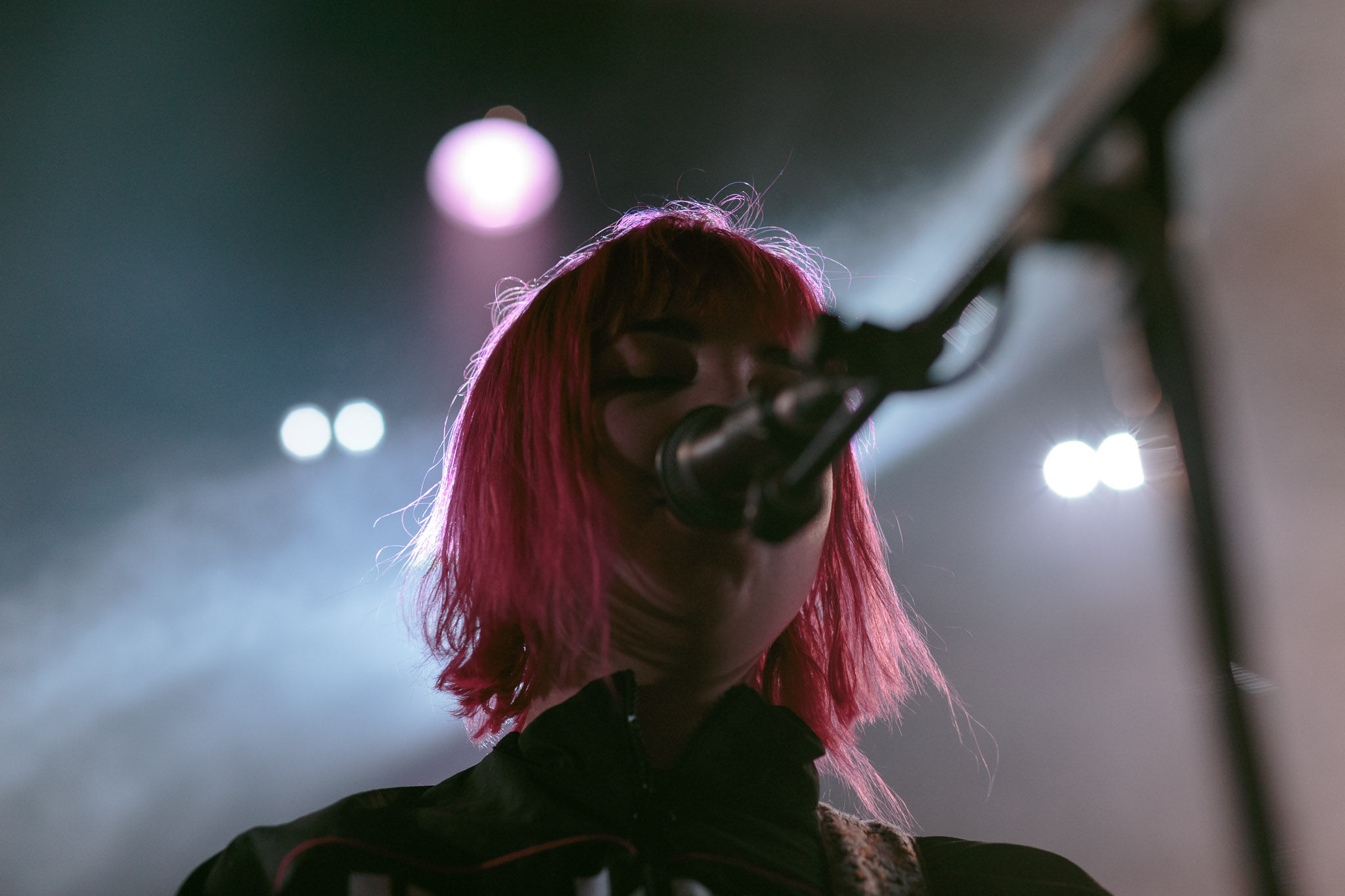 Chicago native indie pop band, Beach Bunny, began their headlining tour in the Midwest last week – Kicking it off in Madison, Wisconsin, and heading to Chicago the following day for a hometown show to send them off around the rest of the country. The support was overwhelming, even from an outside perspective.  Like the majority of the dates on the tour, Beach Bunny sold out their Chicago show. Heartwarmingly, the VIP section was completely filled with friends and family of the band, most of which seemed to know one another but were maybe catching up for the first time in a while. The balcony felt like a little Beach Bunny Friends and Family Reunion.

On Valentine’s Day of this year, Beach Bunny released their first full length studio album titled Honeymoon, full of songs about love, beauty, and heartache – Topics that fans could always turn to Beach Bunny to process. They played the album in order, leaving out just a couple songs in the latter half in order to make way for some older hits towards the end of the set, closing with my personal favorite, Painkiller.

Support will alternate throughout the tour, bringing along several artists like Field Medic, Niiice., Indigo de Sousa, and Miloe, and the tour will run through the beginning of May, making a stop at Southern California’s coveted music festival, Coachella.