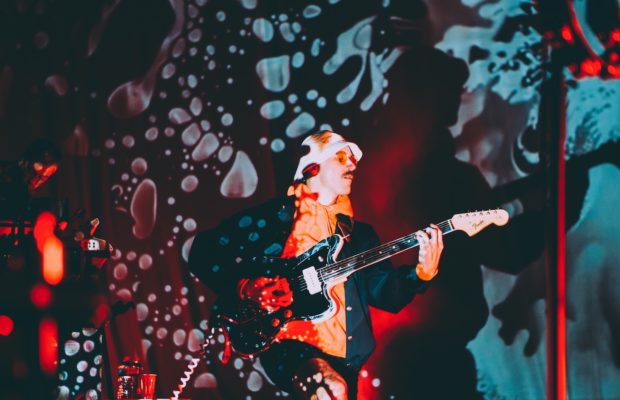 It’s no secret that over the past year and a half, Portugal. The Man have established themselves as a part of the mainstream. Since the release of “Feel it Still”, the band has been consistently climbing the charts and continuing to headline larger and larger venues. Despite the fact that one may frequently hear their tunes across pop radio, Portugal. The Man do not feel the need to sacrifice what sets them apart in order to conform to some boring narrative. Their droning guitar solos, the often bizarre animations that project against the stage as they perform, the way in which each song carries into the next, all help to characterize their concerts as a unique and immersive experience.