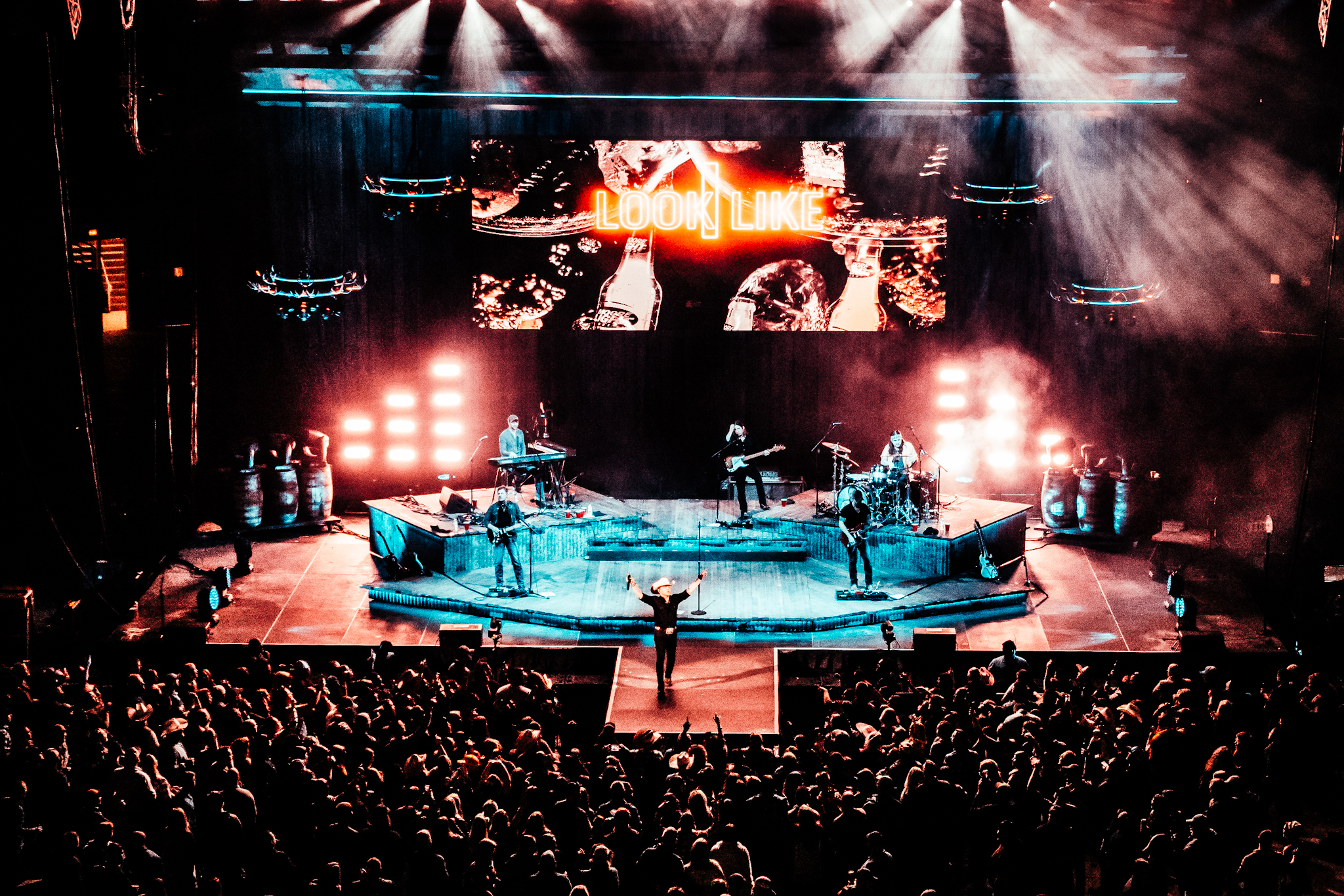 Opening the show was Lainey Wilson, an up and coming country artist from Louisiana, although she said she always knew she was “always meant to be in Nashville.”  Lainey just finished up a radio tour promoting her current release, Redneck Hollywood.

Tracy Lawrence took the stage and opened up with his latest, Made in America.  “Dam it’s cold up here,” he joked with the crowd shortly after coming up on stage, resulting in a wild cheer from the crowd.  The country legend played a mixture of classics from his career including “Alibis” and “Sticks and Stones” as well as several from his latest release, Made in America during his 75-minute set. Tracy took a moment to dedicate “How a Cowgirl Says Goodbye” to all the cowgirls in the audience and took a break from his works to cover a George Strait classic, “Troubadour.”  His set concluded with the country star’s two most well-known singles, “You Find out Who Your Friends Are” and “Paint Me a Birmingham.”

Justin Moore took the stage shortly after nine and played an energy-packed 75 minute set of traditional country sounds.   Moore told the crown he loves the city of Cleveland because of all the old school country fans with buckles and hats. The country star is also no stranger to Cleveland and has been playing the Rock and Roll capital since the Hank Jr./Lynyrd Skynyrd tour more than a decade ago.    The crowd danced and sang along to the setlist full of hits including “Backwoods,” “Till My Last Day,” and “If Heaven Wasn’t So Far Away.”

Moore opened up with “That’s Why We Drink,” a song inspired by his mother and a single from his latest release,  Late Nights and Longnecks.  Taking a break from his music early on in the set, Justin warmed up the crowd and encouraged everyone to sing along to the Dukes of Hazzard theme song.  Moore even joked with the crowd saying he was the same size to the people in the front row as the back, referring to his 5 foot 7 frame.

“The Ones That Didn’t Make It Back Home,” the lead single off of Late Nights and Lognecks, was dedicated to all those who serve including military members, law enforcement, teachers, nurses and firefighters.  Moore also dedicated “Bait a Hook” to all the hillbillies in the audience.

Justin honored a fan’s request from meet and greet  prior to playing a medley of “favorites” that should have been singles in retrospect but were not.  The set concluded with his 2009 hit, “Small Town USA.” The Wolstein Center sang along, louder than the singer and band, chanting U.S.A. after the song concluded.

Tracy Lawrence and Justin Moore and their bands came out to perform an encore to the delight of fans.  Lawrence and Moore collaborated on “He Stopped Loving Her Today” by George Jones and “Call Me the Breeze” by Lynard Skynard as a way to pay homage to their traditional country roots and sound.  Both country stars exited the stage to a standing ovation of the crowd, thirsty for more.

Tracy Lawrence:  For more information including tour dates and to purchase the latest release, Made in America, go to www.tracylawrence.com

Justin Moore:  For more information including tour dates and to purchase the latest release, Late Nights and Longnecks, go to www.justinmooremusic.com