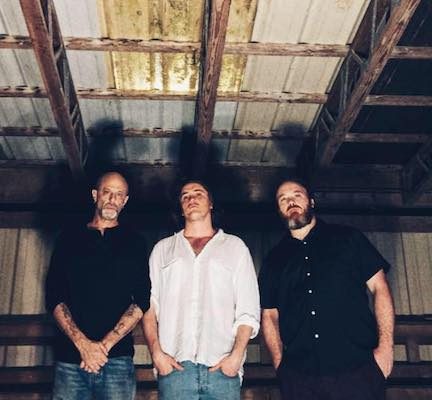 Mad Eye is the new collaborative project from Howard “Merlin” Wulkan and Freddie Dickson.  After seeing a video of Dickson’s on YouTube, Wulkan reached out and proposed a collaboration between the two and a friendship was born.  Dickson, however, is based in Berlin and Wulkan in Southwest Florida so the initial songwriting process was done remotely, 5,000 miles apart.  After writing remotely, Dickson traveled to Florida where Wulkan owns Farmadelica Sound, a recording studio based on an island off the coast of Southwest Florida, and 1 song became 2 which became 5 and so on until an EP was made.  Below is a bit about the members of Mad Eye.

London born singer-songwriter Freddie Dickson first arrived on the scene with his debut E.P Shut Us Down, a collection of sultry synth-pop.  The EP was praised by critics and led him to sign with Sony’s Columbia Records in 2014.  After a string of singles and E.P’s Dickson gradually strayed from his original sound and cut ties with the label just two years later.  In 2017 he released his introspective and atmospheric debut album ‘Panic Town’ (Shakey Records) which drew comparisons to the likes of Sharon Van Etten, The National and Nick Cave.  He took a year to tour around Europe, as well as lend his song-writing skills to artists such as Rhodes, Bryde and Laura Welsh.  He also saw the birth of new side project Lucile alongside artist Oh Sister.  Dickson returned in 2018 with new solo material in the form of the dreamily romantic melancholy of State of Grace, recorded late one night at home in London.  The b-side is a cover of Daniel Johnston’s True Love Will Find You in the End, created by Dickson and his long-time collaborator John Davies. Dickson has since been working on his sophomore album and has relocated to Berlin.
Ryan Jarvis is a studio and performing musician based in Albusuerque, NM.  He is a diverse performer who performs a variety of styles and instruments including drums, percussion and mandolin.  He has recorded or performed with Talujon, the New Jersey Percussion Ensemble, The University of New Mexico Wind Symphony and Percussion Ensemble, Amy Owens/HAETHOR, The Breaktone and many local and touring acts from New Mexico.
Today sees the release of Mad Eye’s debut single “Outsider Man”, as well as the accompanying video that was conceptualized by filmmaker Andrew Bennett (Perry Ferrell/Jonas Brothers/Deftones/Katy Perry/Van Halen).  The song also features Silver Relics founder Alex Sepassi on guitar.  Mad Eye will be releasing their EP in November of 2019, with plan already in place for a second EP that will feature David Abbruzzese (Pearl Jam), the rapper Complex and others.  The band has a tour of Germany and/or Europe planned for the Spring of 2020.   You can follow Mad Eye via the following links.  Photo credit: Andrew Bennett.
Facebook | Instagram