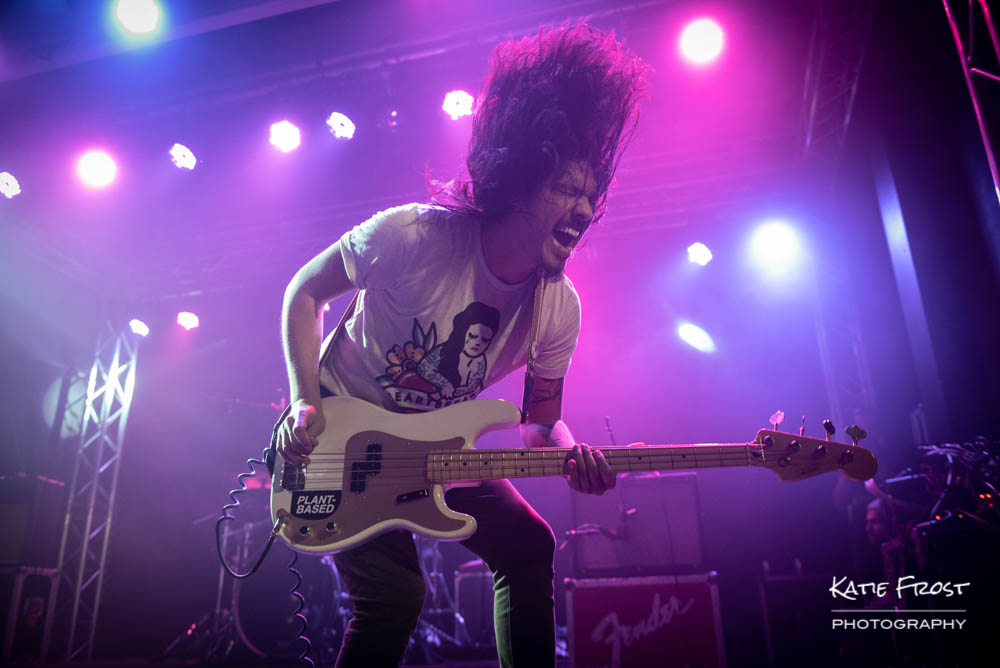 It has only been seven months since I last saw Badflower play London, at The Dome in Tufnell Park, but when I heard they were going to be playing another show at Student Central I had to go and check them out again, as they always put on a great live show.

First to take to the stage on this chilly Friday night were alt-rock four-piece Deal Casino from New Jersey. Vocalist and guitarist Joe P told the crowd that they were invited on this tour with Badflower at the very last minute – the night before the band were due to fly out to Germany! Badflower kindly lent Deal Casino their instruments, and even their drummer. They put on a great show and went down really well with the crowd. A great start to the evening!

Next up were Canterbury five-piece Broken Hands, who I have seen live a couple of times before; once in 2016 and most recently back in April of this year. They are always an entertaining live band, so it was nice to see their name on the bill for this show. Broken Hands played a great alt-rock set to a very receptive crowd and proved themselves to be worthy main-support.

Los Angeles rock band Badflower always have great stage presence and energy. The band just finished a six-date tour of Europe, and are now part-way through the UK, which winds up in Cardiff on 25th November. Tonight’s show wasn’t advertised as being sold out, but the room must have been close to capacity. Last time they played a packed show to 500 people, and tonight there were closer to 800 – a testament to the band’s hard work and growing reputation as being a great live band.

Badflower opened their set with “Wide Eyes” and “xANAx” from their debut album Ok, I’m Sick (released February 2019) before going on to play one of their older tracks (and one of my favourites) “Soap”. The band played a brilliant set featuring songs from Ok, I’m Sick as well as tracks such as “Animal” from their 2016 Temper EP, and new songs “The Jester” and “Promise Me”.