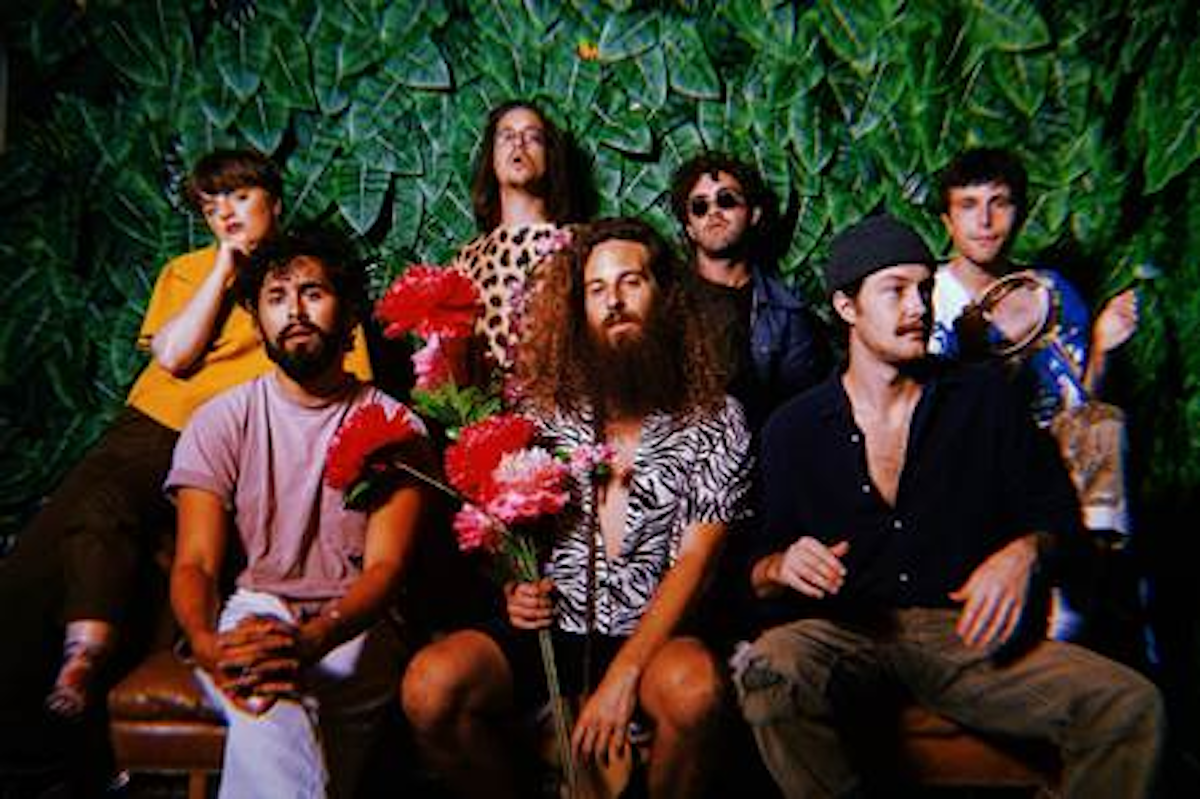 Art pop collective Hello Forever has unveiled “Colors In The Sky,” the newest single off their debut album Whatever It Is, out January 31st, 2020.  Full of Hello Forever’s signature harmonies and jovial, 60s influenced sound, “Colors In The Sky” explores what we endure as we navigate life through its obstacles and terrain of emotions.  The track was inspired by actual events and written by front man Samuel Joseph.  “I wrote it after I took a walk to the store up the street, and I ended up talking for a long time to a neighbor I hadn’t met before.  We talked a lot about challenges in our lives and wondered why some things have to hurt so much,” he shares.  “Sometimes there’s not really an answer.  Which can hurt more.  But sometimes there’s like a zen apathy we can bring to accepting our pain as much as we can even when we don’t understand it.”  Hello Forever’s forthcoming album, Whatever It Is, combines a wide range of influences from doo-wop and jazz to skiffle and R&B while elaborate arrangements juxtapose concise songs across this laptop-age “pocket symphony.”  The album was recorded over 200 days in bedrooms and borrowed studios in Santa Monica and Castaic by Joseph who immersed himself in constant production and features the collective’s previously released singles “Anywhere Is Everywhere,” which Ones To Watch praised as “a true sonic gift from the gods,” and “Some Faith“.  Hello Forever has also received early praise from buzzbands.la who state the group “engage in the business of making feel-good music” as they incorporate elements reminiscent of the 1960s.

Based in Topanga, CA and led by eccentric songwriter, Samuel Joseph, Hello Forever lives together in seclusion on the abandoned grounds of a late 1960s nudist commune which they found on craigslist.  Many collaborators cycle through Hello Forever’s remote compound, couch diving or squatting in tents nearby, but a core group of Joseph’s cadre are steady at the heart of the collective. Molly Pease, Andy Jimenez, Jaron Crespi, Joey Briggs, Gabe Stout, and Anand Darsie were picked up by Joseph at various beach bonfires, club gigs, art school gallery expositions and meditation retreats throughout greater Los Angeles.  Keeping a stringent 5-day-a-week rehearsal schedule, the collective resurrects the close harmony “California sound” of seminal mid-century vocal groups for their frenzied live concert performances.  You can follow Hello Forever and stay up-to-date on all band, album and tour news via the following links:
Instagram | Facebook | Twitter | YouTube | Spotify