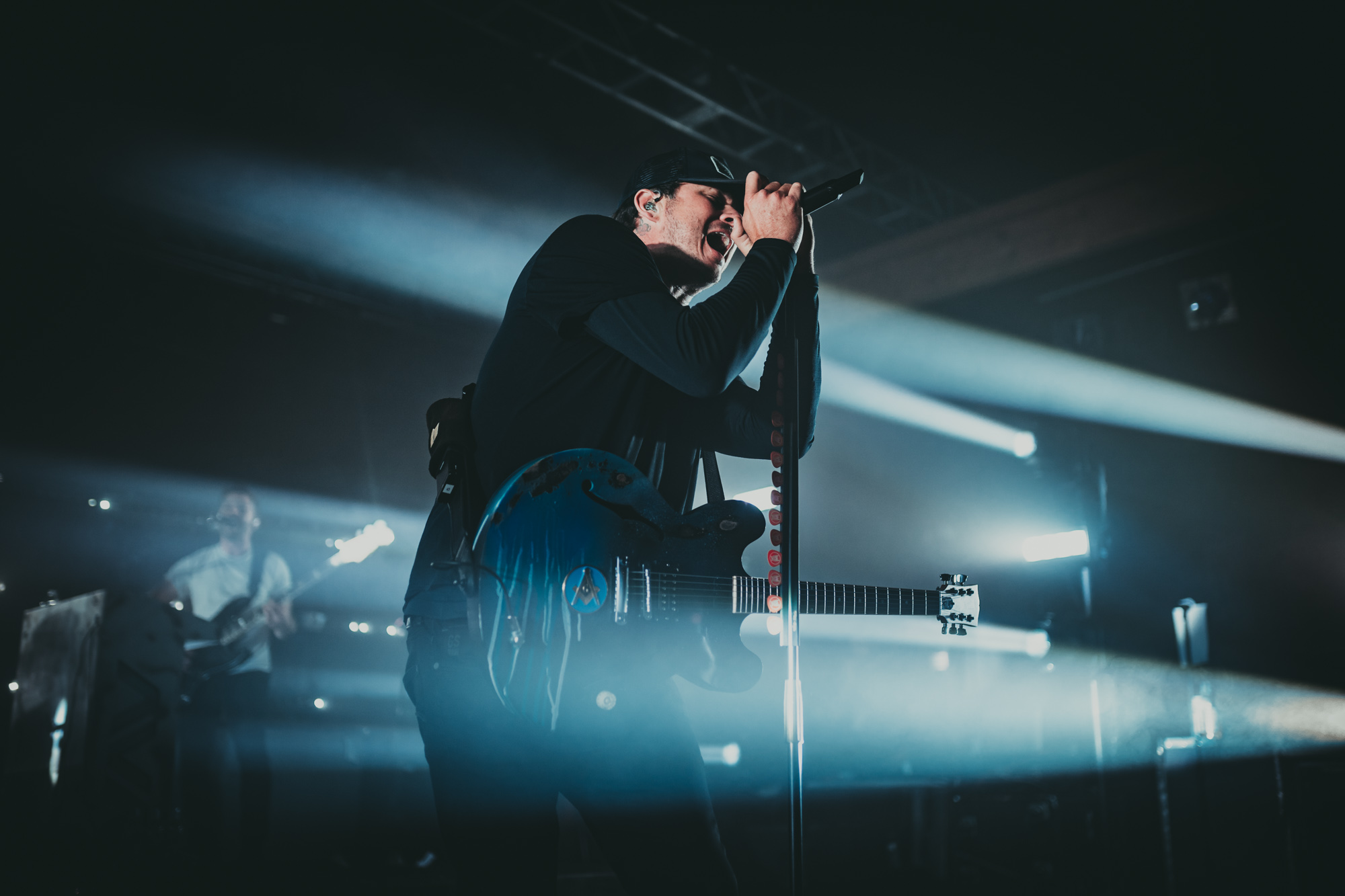 I thought it would be easier to write about my experience. It’s not every day you see your all-time favorite musician perform, but the words don’t really come to mind all too easy.  Last Friday Tom Delonge returned with Angel’s and Airwaves to the Pacific Northwest for the first time since 2010, and it’s easy to say, the performance was nothing short of incredible!

Prior to this tour, Angel’s and Airwaves had not graced a stage for seven years, and over those seven years, I like many others wondered what or if we would ever have the opportunity to see Mr. Delonge ever stand on stage with his guitar again.

In the spring of this year, prayers were answered! New music came with the announcement of an end of summer / Fall tour. Over the last few months, I would count the days off on my calendar, like a child counting down the days till Christmas, with each passing day I felt more excitement

Finally, the hour arrived,  and as the house lights went out, myself with the Sold Out Shoxbox crowd shouted with excitement. As far as bucket lists go for photographing musicians. The highest name on my bucket list was about to be crossed off. As each member of the band made their own way to the stage, I could feel my heart race,  as I attempted to quell my emotions I could feel the sensation of tears building behind my camera lens, there is no physical way to describe crossing off the top of an achievement at the top of your bucket list

The Seattle Strong was frenzied with excitement, I remember how loud the audience was behind me, I would constantly look back in awe. Before too much time had passed. It was the end of song three, and it was time to exit the photo pit.  As the night carried on, AVA fans were treated to music from the band’s entire discography, including a heartfelt melody of some former musical projects Delonge was once part of.  With Melodies from I Miss you, There is, and Aliens Exist. Delonge paid homage to the die-hard fans while celebrating the new direction he was heading with his music.

While the night coming to a conclusion,  the band came back out on stage to perform the encore. With the backtrack to Heaven slowly building. Tom briefly took a moment to speak inspiration to the crowd before performing one final song, as the encore concluded. Delonge immediately pointed and thanked fans as they cheered in adoration after the show ended. As the room emptied, I wasn’t ready for the experience to be over,  the first time I had seen this band was in 2010, and it was the single best performance of my life, 9.5 years later that moment now only sits second to this moment in time.