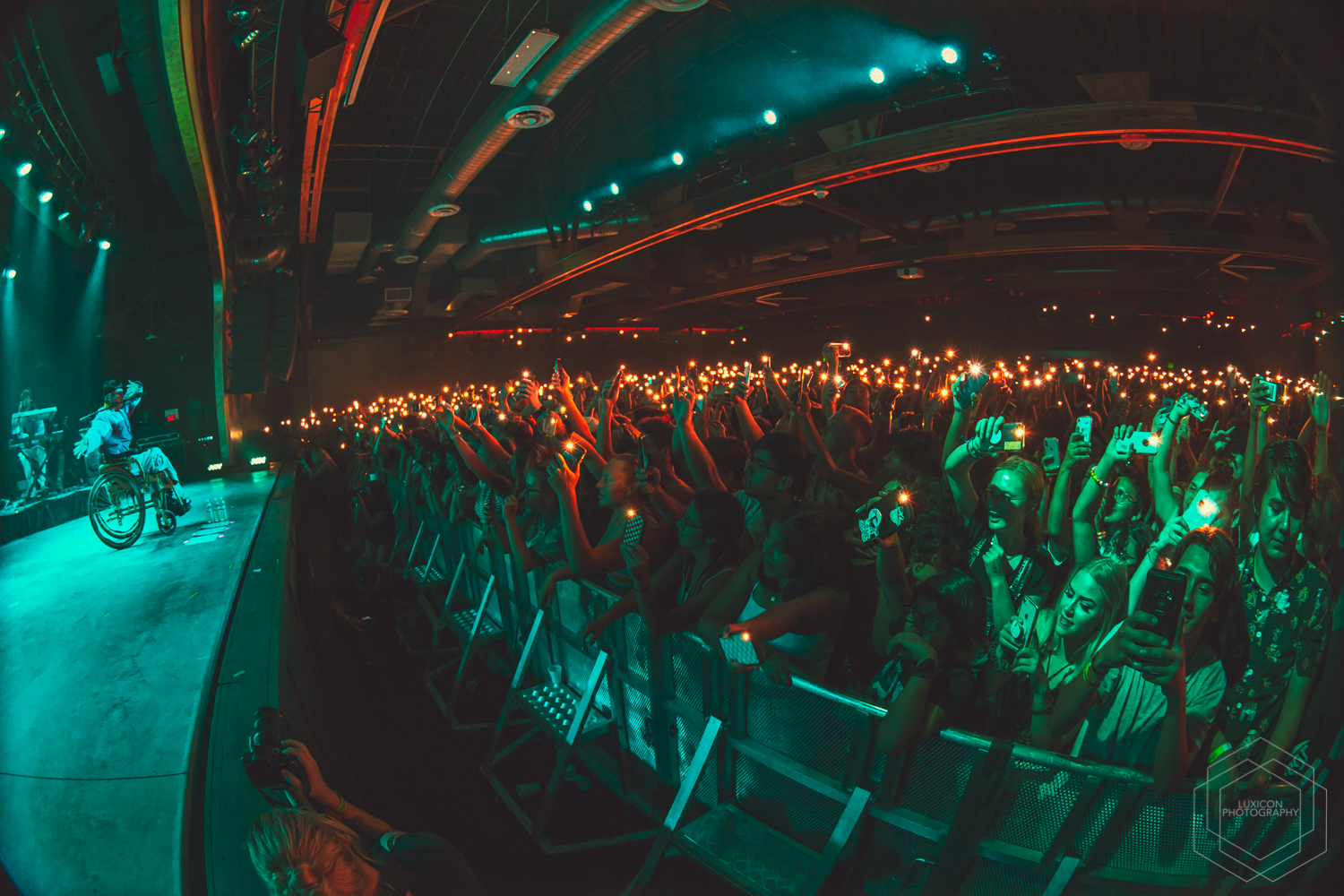 The first day of October, Oliver Tree headlined a show at The Van Buren in Phoenix, AZ.

I’ve been a fan of Oliver tree’s for about a year or so now.  I did not have a chance to look up the opening acts on this show and I really didn’t have any clue what I’d be walking into.

But I was absolutely not disappointed.

The second I walked in the energy of the room was so high (literally). From start to finish, this crowd did not come for a mediocre night.

Nvdes started off the night with a slew of dance bops to get everyone started moving.  My personal fave was Stupid Dope.

Tommy Cash followed up with a very interesting performance. I mean when someone starts off their set twerking on and riding around on a hover board the whole time you know you’re in for something a little different. The rapper is from Estonia and has some pretty intriguing music videos (most nsfw) that played on a screen backdrop. At one point Tommy had to tease the audience for gawking at one of videos.  Tommy leaves a lasting impression on his audience.

If you haven’t heard of Oliver tree I would recommend looking up some of his music videos  as well to get an idea of what kind of artist he is because he’s definitely not your typical performer.  This dude puts thought into every part of how to make an entertaining show. His band was all dressed like him with bowl cuts and matching 90s style jumpsuits. The merch sold all matched his aesthetic.  He had his tech guy dressed as a nurse catering to him. He even got the security guards to play along “trying to kick him off the stage”.  He really goes all in on this whole persona he’s created and I have nothing but respect for that.

It makes me sad that this is already his last tour because it feels like he just got started but I hope he continues to make music/art in the future whether it’s as this persona or another.

If there’s still a date of the tour coming to you, go.  I promise you’ll have a blast.

Update: It’s a couple days later and I think I’m obsessed with Tommy Cash and have been showing him to all my friends.