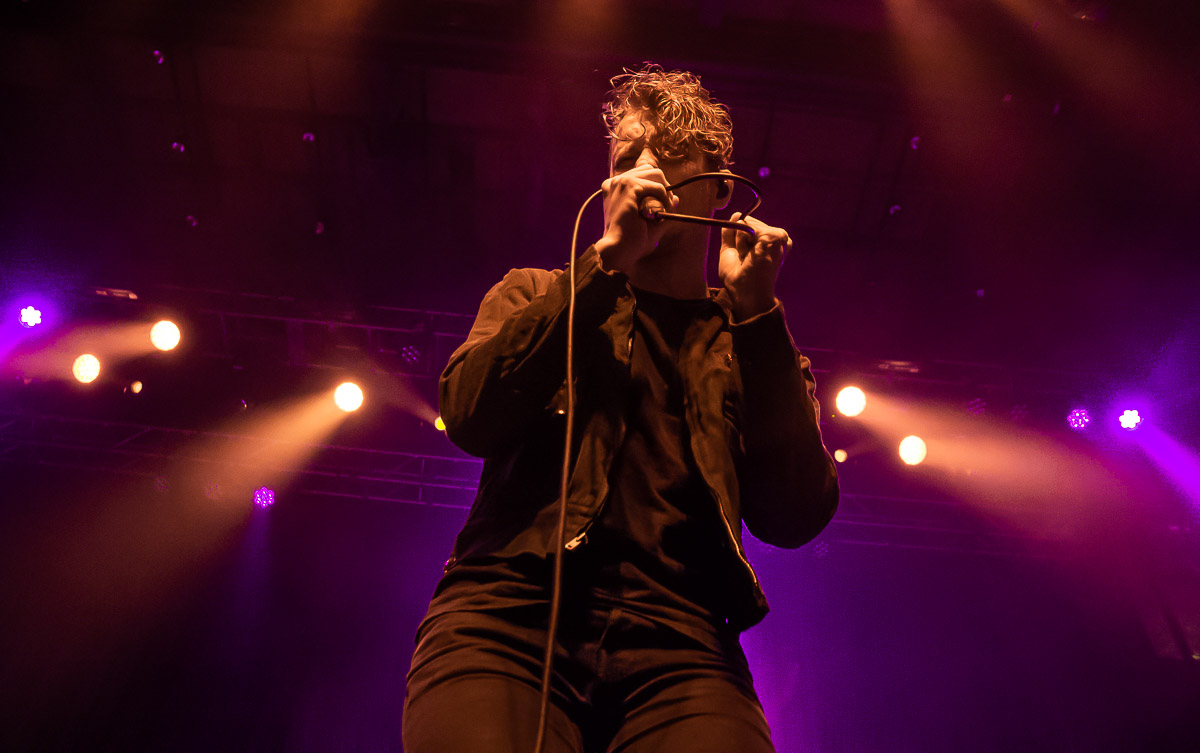 Anderson East brought his Maybe We Never Die Tour to Louisville, KY on March 10th in support of his latest album Maybe We Never Die.  Originally scheduled for February 4th, inclement weather saw the show postponed, and the crowd this evening was more than ready to have a fun night with one of their favorite artists!  Starting things out this evening was Danville, KY singer-songwriter Aaron Raitiere.  With a set comprised only of him and an acoustic guitar, he chatted throughout his set with the crowd, telling jokes and funny stories about his songs, keeping the crowd laughing and in high spirits.  With songs that he described as being about his ex, about an asshole (called “Asshole Casserole”), eating moon pies and not murdering people, and bigfoot, amongst other things, there was plenty of humor infused into his set.  At one point he told the crowd that he was selling his own merch in the back and how he came up with his t-shirt design from a drawing he had done of a fish with a doobie hanging out of his mouth.  He went on to say that he hoped everyone liked yellow because that was the color of the shirt!  In addition to singing many of his own songs, he also sang a song he co-wrote for the popular country band Midland, “Sunrise Tells The Story”.  He also announced that he has a new album coming out soon that was produced by Anderson East, one of his best friends.

Next up was Anderson East, walking up onto the stage to a roar of cheers and applause.  He has such a fun and amazing stage presence, embodying the music he sings, and was dancing around the stage throughout his set.  With plenty of time stood right at the edge of the stage, he spent a lot of time engaging with his fans, leading sing-alongs and feeding off of the energy in the room.    He sang a nice selection of songs including “Madelyn”, “Surrender”, and “Hood Of My Car”, and later in his set he invited Aaron Raitiere up on stage with him to sing “Devil In Me”.  Wearing nothing but a pair of black underwear and a pair of sunglasses, Raitiere caused everyone in venue to erupt in laughter, including Anderson and Aaron, who was laughing along with everyone else!  Towards the end of his set, he told the crowd that he and his band were having a great time on tour and couldn’t think of a place they’d rather end the tour than in Louisville.  He went on to say that he thought that Louisville was the city they had had played the most of any city, thanking everyone for coming out and that he hoped they could come back soon and spend more time with everyone. It is hard not to feel happy and have a good time at an Anderson East show, as he always makes everyone feel so welcome and included, with this evening being no exception.  It was a really fun show and everyone had a great time singing and dancing!