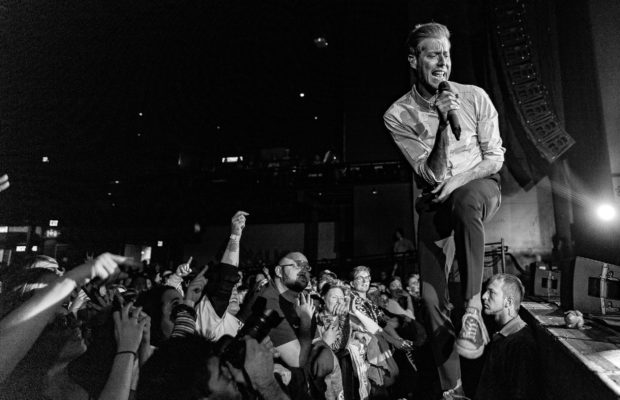 Sunday evening was a packed house at the Stage AE in Pittsburgh, PA for the Upside Down Flowers Tour 2019.

First up were Grizfolk, an alternative rock band from LA who did a great job warming up the crowd. Their latest release was almost 2 years ago and I enjoyed their set very much. Hoping there will be some new music out soon.

Next up were Flor. They are an indie band from Oregon and include lead vocalist Zach Grace, guitarist McKinley Kitts, bassist Dylan Bauld and drummer Kyle Hill. Sometimes it is hard for openers to get good crowd participation, but this was not the case for Flor. They put on a seemingly effortless performance and the audience was immediately into their music. I spotted many fans in the crowd singing along to their song. Their latest release was a while back as well, but they did play a new, unreleased song called Slow Motion, which makes me very excited and hopeful for a new album soon.

It’s not often that an opening band leaves me wanting more, but Flor sure did.

When it was time for Andrew McMahon In The Wilderness to come on stage, the crowd was ready with their hands in the air, singing along to every word, which came in handy, when the sound stopped working during the second song of the night “High Dive”. You were barely able to tell since the audience completely took over for a minute singing the song for him.

The show included many aspects of crowd participation, starting with McMahon walking through the audience after he said he wanted to go swimming (staying with the beach/pool theme on stage). A blue sheet was rolled over the crowd and McMahon made his way through the excited fans, shaking hands and taking selfies.

Towards the end of the set, Andrew decided to take a little trip to the back of the room to the bar, carried on his inflatable. The crowd went wild.

The setlist included songs from his latest release Upside Down Flowers, as well as a good mix of songs from his previous projects Something Corporate and Jack’s Mannequin.

Andrew McMahon in the Wilderness Setlist:

Encore:
22. The Astronaut (Something Corporate cover)
23. Made for Each Other / You Can Breathe (Jack’s Mannequin cover)
24. Cecilia and the Satellite

ANDREW McMAHON IN THE WILDERNESS GALLERY