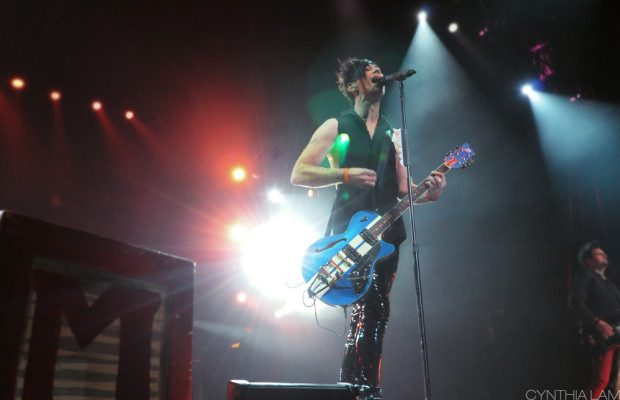 I still remember when I first saw Marianas Trench back in 2008. They opened up for a bigger band, I don’t remember honestly, at Capital Ex and they were fantastic. It was one of my first ten concerts and they blew me away. Since then I have been able to see them quite a few more times, but when it was announced that they would be playing at the local arena, I was still estatic. Here was a small band that I fell in love with back in 2008, and even though my music taste has changed somewhat, they were now playing the biggest venue in town.