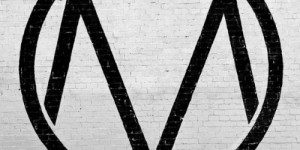 Three years down the road, several tours, three EP’s and a full length album later, Arizona pop-rock band The Maine released the highly anticipated Black & White on July 13th, 2010. To say that The Maine has accomplished a lot is an understatement. This album is currently on the top ten iTunes albums in Canada, the United States, and many other countries. Listening to just the first song on the album, it’s not a mystery to why they’re so popular.

Since 2007’s release of Stay up, Get Down EP The Maine has done several Us tours, including opening the Soundtrack Of Your Summer Tour in 2008. They’ve also been on the AP Tour, OP Presents Tour, and Warped Tour. Gaining the attention of many music enthusiasts throughout the world, The Maine’s fanbase started to grow larger every day.

When The Maine headed into the studio in early 2010, many were excited about what this had to hold for The Maine. Keeping fans updated with studio videos, the time that The Maine spent recording seemed to fly by, and soon enough they were on their spring tour. Soon after that tour The Maine announced that they would be embarking on their first ever headlining tour with This Century and special guests at each date in July and August.

Black & White released on July 13th to many enthusiastic fans. Taking a first listen to this album it is evident the hard work and the passion that The Maine has for music. O’Callaghan’s vocals and the overall sound of The Maine makes them easily distinct from other bands. Starting off with a soft guitar intro, it leads into “Don’t Stop Now” which is an great start to what is an amazing album. Black & White brings you through an emotional journey, with songs that make you smile, laugh, and ones that can bring you to tears. Notable tracks include “Listen To Your Heart” and “Give It to Me” which both are amazing in their own ways. At the end of it all, Black & White ends with “Color” which can teach many an important lesson. It shows everyone who The Maine is, and is a song that will get stuck in your head. The chorus of the song holds the famous lyric “We’re just trying to find some color in this black and white world” which is a big part of Black & White. Like John O’Callaghan stated in “The Maine: The Making Of Black & White” documentary “We wanted to make a more distinguishable sound. In a world of all the black and white we wanted to bring colour to rock and roll, or at least music as we see it.”

It is announced that The Maine is one of of the highest album selling bands in Arizona, and it is not a mystery why. Through the years, The Maine still makes it one of, if not their top priority to keep in touch with fans, and bring them closer to the band. As the follow up to 2008’s Can’t Stop Won’t Stop, Black & White has caught the attention of many throughout the world. This phenomenal album is a must listen.

Be sure to pick it up on iTunes and Target!