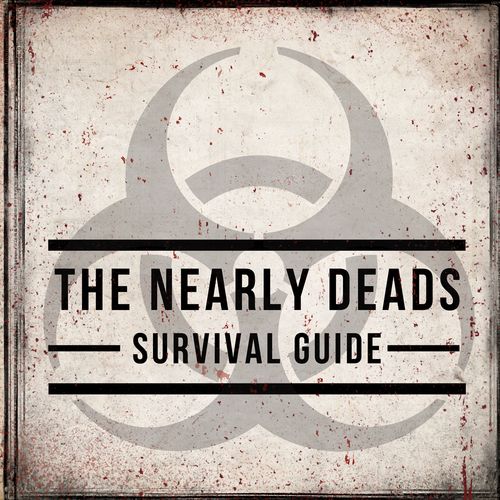 The Nearly Deads, signed to Standby Records, are slowly – but surely – rising to the top of their game. Fronted by Theresa Jeane, they’re not your typical female-fronted band. Jeane’s voice – a sort of Kelly Clarkson meets the grunge genre – combines perfectly with the instrumentals of the band. There doesn’t seem to be “too much” of anything with The Nearly Deads – they’re spot-on with the perfect amount of vocals and instrumentals. This could be why their Zombie  Survival Guide EP is such a big hit; it’s a six song push and pull of incredible vocals/lyrics and jamming instrumentals. Zombie‘s tracks include “Brave”, “Never Look Back”, “Changeover”, “Reasons”, “Fact & Friction”, and a reanimated version of “Never Look Back”.

“Brave” is an empowering combination of lyrics sending out a message of self-worth and self-pride. The chorus of “I am brave and you can’t take that away… I will break and make mistakes, I will break, I will break, but I will always be brave” are an uplifting reminder that ones downfalls are not a showing of who they truly are. “Never Look Back”, a song the band released a video for that caught the attention of millions of viewers, is probably the most catchy song on the album. Again, the song releases an empowering message through it with lyrics such as “never look back, don’t doubt tomorrow”. Following “Never Look Back” is “Changeover”, a song that basically screams “it’s time to take back my life” without directly saying it. If you really listen to the lyrics of this song, it gets the wheels turning. That is, if you can get past the urge to sing along and do air-instrumentals. The beginning of “Reasons” has an instrumental into that throws you into a sort of Three Days Grace feel until Jeane’s voice breaks through with what may be the most perfect post-breakup song to date. “Fact & Friction” may hold the best instrumentals of the whole EP, almost distracting from the lyrics – but not quite. Ending with the reanimated version of “Never Look Back”, the EP ends with a beautiful remake of an already great song, making it even more powerful that it originally was.

Zombie Survival Guide is a great start for The Nearly Deads and there’s no doubt that it will only get better from here. As long as they stay true to the great relationship they’ve created between the vocals and the instrumentals, there should be no reason for fans to worry that this is the best we’ll get from this up and coming band.