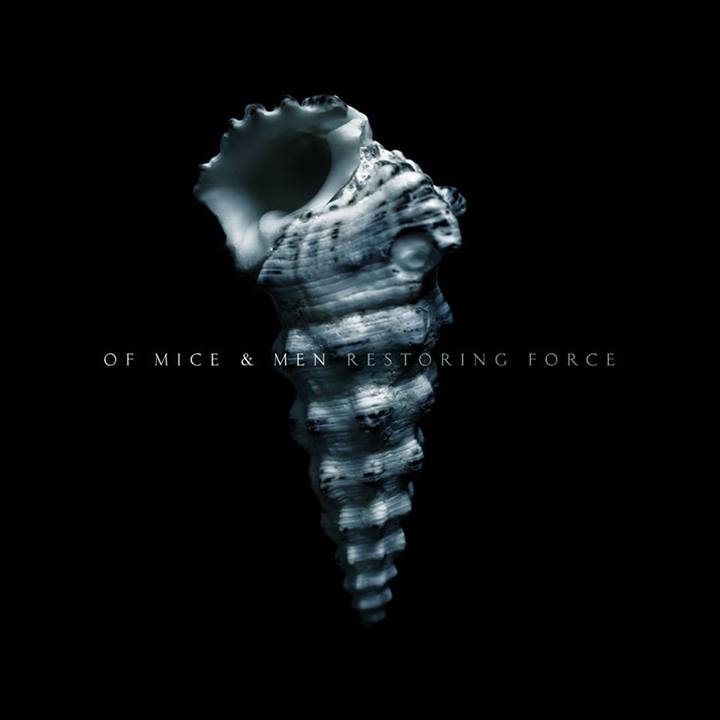 California based metalcore band, Of Mice and Men are back at it again with their third full-length studio album, Restoring Force.  The nu-metal inspired album was released in late January through Rise Records and features a musical style somewhat new for the band and their longtime fans.  Since the 2011 release of The Flood the boys in OMAM have undoubtedly gone through the ringer, yet they still manage to get through things with a steady foot.  Getting back to their most recent release, the boys took a different approach to this record.  As front man Austin Carlille had stated in an interview, they’re “[bringing] equilibrium back to [the] band and music” and honestly, more truer words have never been said.  With the recent addition of bassist and vocalist Aaron Pauley of Jamie’s Elsewhere, his clean vocals juxtaposed against Carlille’s, have added a melodic vibe to the record.  Along with the new distinct sound, the band transitions beautifully between the softer and heavier sides of their music with their opening song, “Public Servince Announcement”, which reminds us what they’re truly about, and their softer heart wrenching ballads like “Another You.”  Although some of their long time fans will think this transitional state for the boys in Of Mice and Men is too different for them, it’s definitely proving to get them back on track, with two virtually sold out tours coming up this year, these boys are going to make 2014 their year.