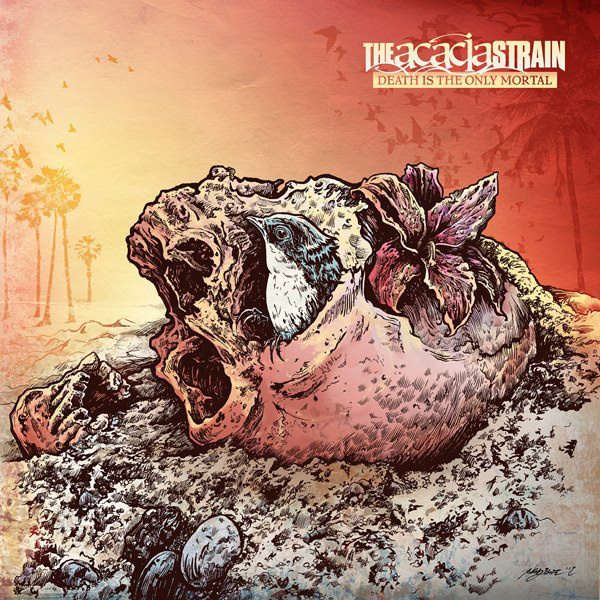 Death Is The Only Mortal, the sixth studio album from Massachusetts-based hardcore metal band The Acacia Strain, opens with the oddest sound bite I have ever heard in my 22 years of listening to music. After a siren of some sort drones for about 30 seconds, a recording begins in which a woman calmly, and creepily, states “Three people are dead.”

From there, “Doomblade” gets heavy, with incredible guitar riffs, pounding drums and lead singer Vincent Bennett passionately screaming “Give me room to breathe.”

The Acacia Strain really show off their strengths on Death Is The Only Mortal, the band’s first album on Rise Records, mixing Bennett’s growls and screams and the talented musicianship of Daniel Laskiewicz, Kevin Boutot and Jack Strong, guitarist, drummer and bass guitarist and backing vocalist, respectively, with clever effects and sound bites.

The chorus of “Brain Death” proves that heavy can also be melodic, while “Dust And The Helix” kept my heart pounding long after the song had actually ended. “Time And Death Of God” has a fantastic instrumental interlude and album closer “House Of Abandon” combines everything the Acacia Strain does, and does well, into a seven-minute epic.

I did feel like a few of the songs blended into one another, though that might be because I am not an avid metal fan and cannot yet pick up on the subtle nuances between songs.

In short, though Death Is The Only Mortal sounds a bit redundant at times, it is a strong album with plenty of tracks perfect for your head banging needs.