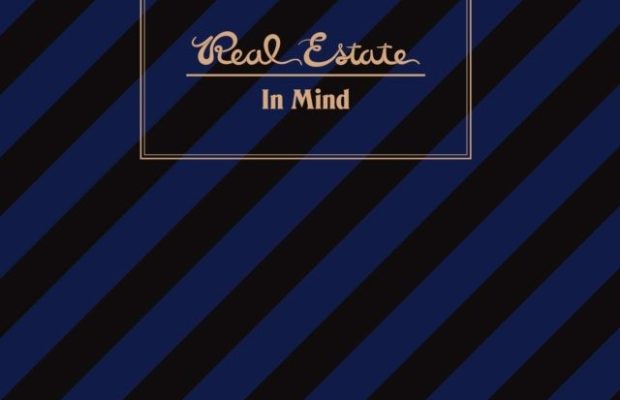 Despite what your connotations of New Jersey might be, I can promise that Real Estate certainly defies it. The Ridgewood, New Jersey group stumbled onto the scene almost a decade ago and since then they’ve become known as one of the most prominent guitar-pop bands in the indie music scene. Sure, they’ve mostly likely created a strong following of laid-back hipsters from Brooklyn but with their newest release In Mind, they prove to listeners that they have more to bring to the table and put a little pep in their step.

Album opener and previously released single, “Darling”, introduces new listeners and re-familiarizes old fans with the beautiful sound of Real Estate. The perfectly plucked guitar strings combined with the soft drums that offer a consistent beat throughout the track. I mean, what’s not to like about Real Estate? “After The Moon”, one of the longer tracks on the album at just under five minutes, opens with repeating guitar strokes before lead vocalist Martin Courtney comes in. The influence is strong throughout In Mind, providing listeners with a sound that is reminiscent of 1960’s psychedelic rock (The Beatles, Pink Floyd, etc).

While the majority of the record offers listeners with track after track of relaxation and an journey into the narrators subconscious, “Holding Pattern” jolts the listener awake as one of the more upbeat tracks on the record. The soothing electric guitar combined with the pleasing harmonized vocals of the chorus allow for chills of satisfaction to creep up the listeners spine. After venturing through the entire record, listeners have their last chance at bliss with the albums closer “Saturday”. The track is a just over five minute piano driven track that quickly speeds up to perfect afternoon drive pace.

In Mind is a record that is distinctly Real Estate. That is to say that no other band could pull off the beautiful and seamless combinations of guitar, drums, keyboard and vocals they way they do. As the fourth album from the band, listeners can see Real Estate progressing forward into new realms. The band is working hard at creating a new path for themselves, trying to break away from any kind of similarity to today’s popular music. While In Mind may lack enthused excitement, it’s no worse because of it. The record will surely be the perfect soundtrack to summer as you drive with the windows down and the songs blasting through your speakers.