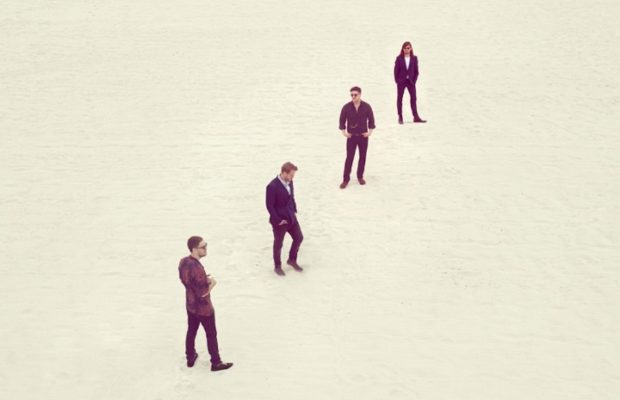 On November 16th Mumford & Sons will be releasing their new album Delta and also be embarking on an extensive 60-date worldwide tour that spans throughout the spring, kicking of the first night in Dublin on the eve of their fourth album’s release.

Delta has the band incorporating many different sounds and elements such as jazz, electronica, orchestral, acoustic, and more throughout the entire album which was produced by Paul Epworth in London.

There’s many things to love about Mumford & Sons — one main thing being their loyal fan-base and how they accept and then fall in love with anything the boys put out into the world for them. Some people will dislike this album, others will feel mixed, but the fans, the fans that have been there for this band’s journey, whether it has been for the last 3 years or 7+ years, will appreciate the hard work and what has been shared with them as a whole. If every band was to only put out the same music over and over again people would say that they have become boring and have shown no growth with their sound and this album is them experimenting with their sound, trying new things and layering them with the old.

This album also reflects what Marcus, Ben, Ted and Winston have gone through in their lives —events that the fans will connect to in one way or another because they may have gone through something similar in theirs or in someone they know and love.  I think that the band is so brave for putting it out there for all of us to connect to, because no matter what the critics say fans will connect to these songs and I personally connected with these songs because of things that have happened in my own life.

While listening to the album, from the first song “42” to the last song entitled “Delta” I could picture in my mind National Geographic being played on a huge screen and in front of that dancers dancing to these songs and actors acting out the scenes and emotions depicted in each and every song — and this was before I read anything stating that they mixed the album while playing epic scenes of nature footage in the background.

I would definitely give this album a try if I were you. Escape to your room, shut out the world, turn your tv on to a muted National Geographic channel and press play — let this album take you on a journey in your mind on what it’s trying to say. I am here for you…you are not alone… yes I have also experienced this…I may know you better than yourself…it’s okay to let go…it’s okay to not be okay… there is a light at the end and it will get better.