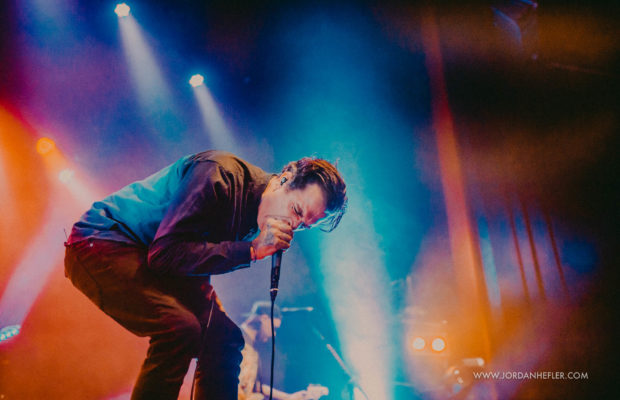 Misery Will Find You Tour

On January 12, 2019 the Misery Will Find You Tour came through New Orleans with co-headliners The Amity Affliction and Senses Fail along with openers Belmont and Silent Planet.

The tour lineup was highly diverse with Belmont having a pop-punk impact, Silent Planet with a spoken word/poetic approach, Senses Fail embodying an early 2000’s punk/screamo flair, and The Amity Affliction bringing a post-hardcore/metalcore sound. Despite these fairly different sounds, the lineup seemed to meet somewhere in the middle with the audience present at the Joy Theater that night.

Co-headliners Senses Fail and The Amity Affliction both demonstrated performances that proved that they’ve been perfecting this for a while now. Senses Fail exhibited an energetic and entertaining stage presence with frontman Buddy Nielson swinging his microphone and performing toe touches and cartwheels on stage. The Amity Affliction validated their experience with an established, tight sound that verified that they’ve been a fixture in the metalcore scene for nearly 20 years.

This tour was highly publicized due to an original band on the lineup, Bad Omens, dropping out of the tour the day after it was announced. Silent Planet was an admirable replacement that fleshed out the diversity of the night and spoke to a fresh-minded audience.

With varied sound and consequently varied fan bases, the Misery Will Find You Tour was a refreshing night with something to offer for every rock fan.