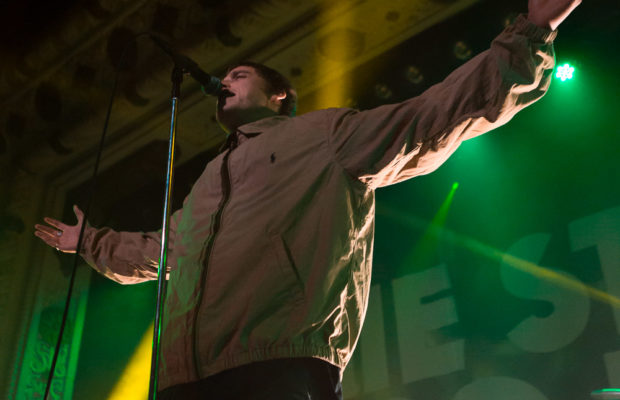 Photos and words by Micki Harris

When The Story So Far announced that they would be touring on their highly anticipated new record, Proper Dose, with Turnover, Citizen, and Movements, the scene was in a frenzy. Very seldom in the world of pop-punk are every single opener on a tour someone’s favorite band. So needless to say, on night 1 of this 2 night Chicago event, the room was crowded by the time the first opener, Movements, went on and fans were charged up and ready to go.

By the time The Story So Far went on, the crowd was eager. This would be the band’s first time paying tracks off their new record in Chicago, and the September release of Proper Dose marked their first new record released in over 3 years. The California 5-piece hit the stage with “Proper Dose,” the title and opening track of their new record. Coming from someone who’s caught TSSF live roughly 15 times now, this performance felt different. Frontman Parker Cannon was smiling from ear to ear, which in the past, was never really the case. Playing the new songs seemed so exciting and natural for the band, and in between songs, Parker thanked the crowd for their support and patience in the process of them getting this one out.

The set went on swimmingly, the band staggering old songs with new, and even playing “Clairvoyant”, a comforting slow song for the first song of their encore. They closed out the evening with “Quicksand,” inviting everyone to use any pent up energy they had left for the evening. They exited the stage with a swift “See you tomorrow” to fans who would be making a return for night 2 the following evening.