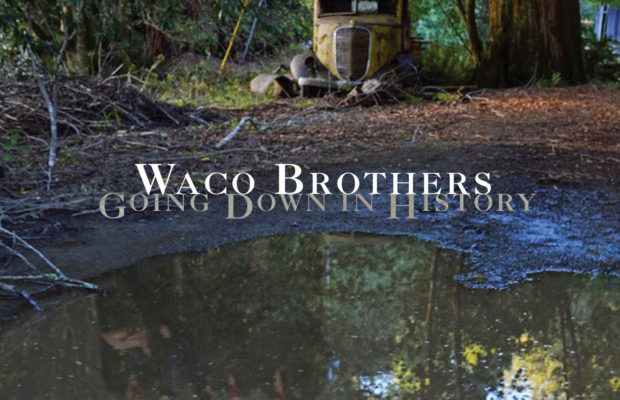 When a band has been consistently good for over twenty years, fans can grow apprehensive at the arrival of a new album. When will the sound fall apart? How soon until they lose the magic?  This album can’t be good; sooner or later, they’re going to fail.

When the Waco Brothers announced their 11th studio album, Going Down in History, I can only imagine that their fans held their breath in worry.

They needn’t worry. These Chicago boys have done it again.

Originally formed in 1994 by British artist Jon Langford, the band’s goal was to combine traditional country western music with a distinctly alternative sound. Having departed from the Mekons, Langford created a group that was originally meant to play local venues around Chicago; the band signed to Bloodshot Records in 1995, however, and they were able to tour nationally.

Going Down in History starts strong with “DIYBYOB”, a tongue-in-cheek song that introduces the track as “This is the first track from the last album”, playfully digging at hipster culture: “…from now on, DIY, BYOB!” The band’s exemplary construction of each track leads me to believe that every member truly loves their work. While none of the songs take themselves seriously, the music never crosses over into comedic or silly territory.

The band truly shines on with “Receiver”, honing in on the sweaty, dirty sound that makes country music a true staple of American culture. While the band hails from Chicago, Langford’s British roots can be heard throughout the album: a nagging feeling of rebellion and the overwhelming urge to break out from the stiff upper lip of 1960s England. Oftentimes sounding like a pet project that Marc Bolan and Mark E. Smith left behind, the Waco Brothers continue to sound exciting and angry, all while winking from the sidelines as their fans pile into those iconic Chicago bars to hear them play one more time.