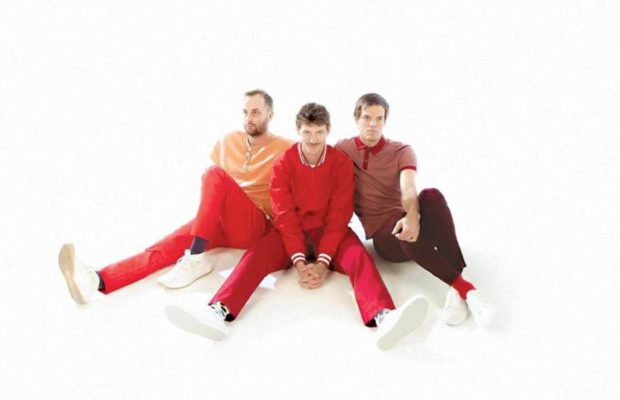 Alternative indie band, Houndmouth from New Albany, Indiana are set to release their newest album Golden Age via Rough Trade Records on Friday, August 3rd. Houndmouth consists of vocalist/guitarist, Matt Myers, bassist/vocalist, Zak Appleby and drummer/vocalist Shane Cody. This is the third album under their belt and the first since the departure of keyboardist Katie Toupin however the guys have come back better than ever. Golden Age really showcases their range and technical abilities. This 10-track release brings a different sound to the indie music scene and will leave a lasting impression with fans, old and new.

The album kicks off with a dreamy track, “Never Forget” that will hit you like the IMAX opening, which seems fitting considering this album sounds like the perfect soundtrack to an 80’s movie. It leaves you with a sense of anticipation for the rest of the album before they break into more up-beat tracks and latest singles “Golden Age” and “This Party” which have a more dance party vibe. Prepare for nostalgia to set in as the album slows down again with “Strange Love” with it’s dirty distorted guitars and synth and a killer breakdown. “Coast to Coast” is another great track that features Myers showing the range of his vocal and poetic ability. “Black Jaguar” slows things down a bit with an electro-pop love song only to lead into two more great romantic summer tracks “Young Again” and “Modern Love”. The album ends off with another dance/party track “World Leader” which will have you pressing repeat.

This album really highlights Houndmouth’s unique and experimental sound, as each song, differs in it’s own way still fits perfectly with the next. They don’t shy away from distortion pedals on guitars and vocals on “Strange Love”, a trippy breakdown like in “Black Jaguar” or the inclusion of uncommon sounds like that of a fax machine in “Modern Love”. Their sound really sets them apart from anything currently playing on the radio and their skill with such a diverse range of music is something to envy. Highly recommend giving these guys a listen or seeing them live at an upcoming show. Tour info available here.