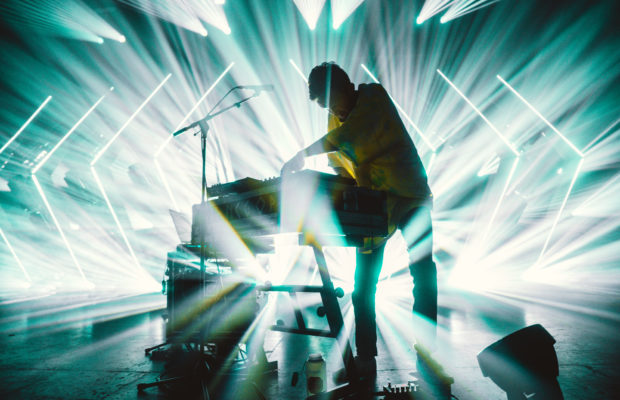 Electro-Indie pop duet, Sylvan Esso perform to sold-out Toronto crowd on their first of two nights at the Danforth Music Hall. Opener, Ian Chang took the stage and surprised the crowd with his experimental and unique audio and visual performance before Sylvan Esso graced the stage. The lights turned off and the crowd erupted as the duo opened their set with their track “Sound” and played hits like “Die Young”,”Coffee”, “Play It Right” and their latest single “Signal”. Don’t be fooled my vocalist, Amelia Meath’s small stature, her powerhouse vocals and hypnotizing dance moves will have you wrapped around her finger at the beginning of their set.