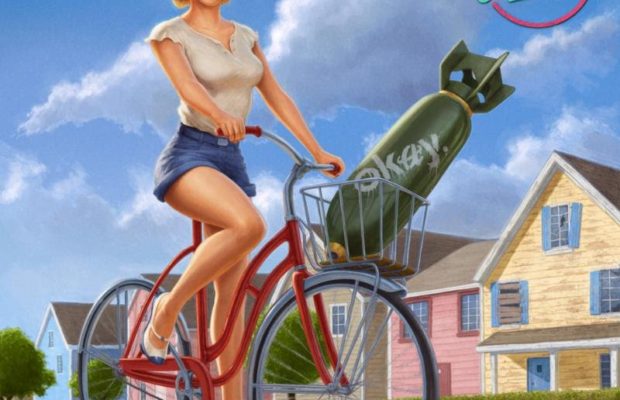 As It Is is one of pop-punks young powerhouse bands. The British rockers have landed slots touring with bands like Mayday Parade, Senses Fail, and Sum 41. However, with the release of their sophomore album, okay, fans can expect to see a lot more of As It Is in the future as they launch into pop-punk stardom. While basing inspiration from the bubblegum pop aesthetic of the 1950’s seems to be a trend within pop-punk (see Moose Blood’s Blush), As It Is take it to a whole new level by dropping an entire album that sounds straight out of the Enchantment Under The Sea dance from Back To The Future, but with a punk twist!

okay opens with “Pretty Little Distance”, a great choice as the track is easily one of the strongest on the album both musically and lyrically. Fans hear lead vocalist Patty Walters take a less aggressive approach then on their previous record as he works to put the “pop” in “pop-punk”. “Hey Rachel” has a Jonas Brothers-esque introduction (and I mean that as a good thing…who doesn’t love the Jonas Brothers?!), with the fade in guitar and drums. “Curtains Close” is one of the slower tracks on the album, about reflection and memories, with Walters singing, “We watched the curtains close on all we’ve known.”

As listeners pass the halfway mark of the record, they should not expect things to start slowing down. As It Is made sure to jam pack this record from start to finish in order to keep the listening grooving for all 11-tracks. “Austen” is a track that opens with a slightly eerie introduction, a step outside of the band’s comfort zone. The heavy bass helps to create a “moody” feeling before Walters begins, “All the stories my father told. They spoke of your golden heart. Now the air in the room is cold as your memories fall apart.” The album is so jam packed with fun tunes that the band made an interesting choice in concluding with “Still Remembering”. The song is an acoustic ballad about a love lost… because what’s a pop-punk album without a track like that?!

The genre of pop-punk has a fine line that bands often tend to flirt with too frequently. It can be hard for newer bands to break through in the scene because of a fear of their “sound” being done before. However, As It Is have paved a road all for themselves and are continuing down it fervently with okay. The band has successfully avoided the sophomore slump that is so common in this genre and have managed to do the complete opposite! As It Is have delivered fans with an aesthetically pleasing and sonically superior record. By starting off 2017 with a record like this, it will be truly interesting to see where As It Is goes from here!