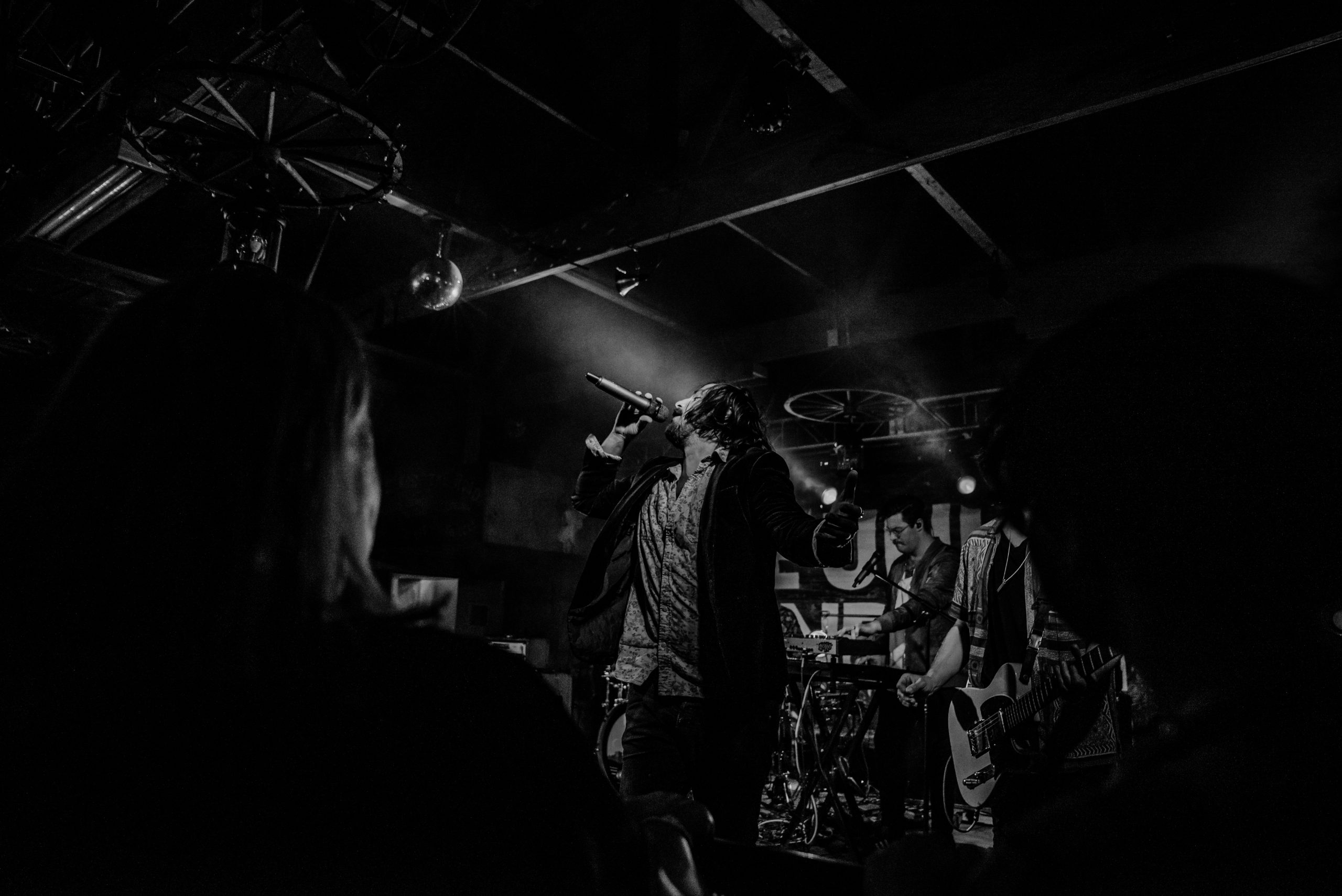 Life looks different on March 13th than it did on March 12th. The morning comes, just as it did the day before, but today in the USA, it’s different. COVID-19. This little word with such a devastating meaning, has officially invaded our country and brought it to it’s knees. Shows all around the world, canceled in a moment. Tours that took months of delicate thought and hard work, gone in a moment. Sporting events, quarantines, essentially a suspension on life itself. But little Cheyenne, WY was not going to let the Corona virus dampen the night to come.

The Unlikely Candidates were set to play that night with Australian band Castle Comer at a new venue in downtown Cheyenne. Midway through the day guests were alerted that the venue had changed. The previous venue did not feel comfortable with the current state of things to allow the event to proceed, so with hours to spare The Terry Bison Ranch took on the job of setting the stage for the night’s shows. The ranch, which covers parts of Wyoming and Colorado, is usually a family fun farm to spend the day exploring, but has recently began working to build a music scene to fill the void in Cheyenne’s need. They rolled out the welcome mat for the bands and their crew, even feeding them their world famous steaks, something both bands spoke about many times during their sets.

After the gloom of COVID-19 and a sudden venue change it seemed that all was well for the bands to take the stage that night, but an old fashion Wyoming storm had other plans. About 2pm the snow set in completely. That morning had already started a little icy, but now with wind and snow it made for even tougher circumstances.

When Castle Comer took the stage, to a huge room filled with only a handful of people, no one knew what to expect. As they began to play however, it was made clear, 20 or 20,000 people, it didn’t matter they were there for a show. The band played 8 total songs, including a cover that was challenged to them by The Unlikely Candidates. The band learned “The House of the Rising Sun” and performed it in just hours, much to the crowd’s pleasure. The energy for such a small crowd was amazing. It was almost intoxicating watching the band perform and hanging on to every word they said, obeying every command and belting every song. A fantastic performance from the band who had just found out that their 60 day American tour would be over that night after only 10 days. The band brought joy, fun and good music to the small crowd, allowing everyone to forget for a moment that life was about to change. With a bow, they jumped off the stage leaving their name on everyone’s lips.

The Unlikely candidates came onto the stage with something to prove. It was almost as if with each swift motion of their guitar, or screaming lyric they could vanquish the dreaded virus that was bringing their tour to a screeching halt. They played with the crowd and danced all over the stage, making it impossible for you to take your eyes off of them. The ferociousness of their performance was something that you wish you could see once in your life. Watching someone do exactly what they love, with everything that they have. At one point the band, who currently has the #1 alternative rock song, Novocaine, on streaming platforms everywhere covered a song from The Weeknd; Blinding Lights It was almost as amazing to watch the reactions from the crowd. A couple 2 stepped to some of the bands alternative music, while one woman who had followed the band for 3 nights straight sang lyrics into the lead singers face. Watching the wonder in a young girls eyes as she witnessed not only her first rock concert, but a concert of a band she loves. For a few short hours while these two bands took the stage and gave us everything that they had, we forgot. We forgot about the craziness around us. The shortage of toilet paper and milk did not matter in that moment. The music and performances took the people out of that room and lifted them somewhere else. The band gave the group everything that they had, not knowing that the next day their tour would be cancelled indefinitely.

Whatever is going to happen next will. We cannot control it, but in that moment, listening to the bands give everything they could to the people, little Cheyenne, WY felt completely untouched.

Now that life has changed even more, music has changed. Thousands-if not millions- of workers are now without work in the music and art industries. Many bands, The Unlikely Candidates included, are doing weekly shows on Instagram live to try and bring peace to stir crazy households. Every Wednesday check out The Unlikely Candidates on their Instagram, @theunlikelycandidates, for a free show. But consider supporting them for their efforts through buying merch, or donating straight to their Venmo, TUCBAND. Your bands need you, support how you can. These are uncertain times, but music still brings us together.

Stay safe, rock on and we’ll see you on the other side.