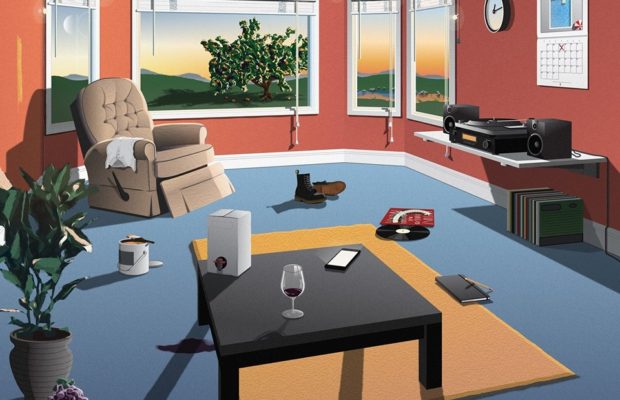 After a run on tour with bands like SAINT MOTEL and Walk the Moon, as well as landing a spot playing this year’s Bonnaroo, Hippo Campus has made quite a mark on the music world already – all before putting out an LP. They are on track to release their debut LP, landmark, Friday, February 24th, via Transgressive Records. The debut comes after their two EP’s that were released back in 2014 and 2015, titled Bashful Creatures and South, respectfully. In addition, Hippo Campus also just announced their first headlining tour, which covers the states and parts of Canada.

The thirteen track album includes recently released singles such as “Wayitgoes,” “Monsoon,” and “Boyish.” The remaining ten songs are all brand new, and pull from the likes of artists Bon Iver and Bleachers.

Following the trend, the first song on the album is a shorter introduction song titled “SunVeins.” It gives off a The 1975 vibe, with glitchy instrumentals and MIDI mixed with very few vocals. It gives listeners a glimpse into the rest of the album, while still keeping most of the surprises for later on.

The album is quite an eclectic mix of songs, with some on the slower side, and others, like “Vines” starting out with an 80s synth vibe that transitions into the class Hippo Campus alt rock. My personal favorites off of landmark are “Tuesday,” “Poems,” and “Monsoon.”

“Tuesday” has a very summery vibe, with rich instrumentals and a chill but upbeat tempo. “Poems” and “Monsoon” slowdown the album, with relaxing instrumental backing tracks and calming vocals. “Monsoon” gives off a Bon Iver meets Coldplay vibe, while “Poems” is more of your classic slower indie rock track. Vocalists Jake Luppen (guitar/vocals), Whistler Allen (drums/vocals), and Nathan Stocker (guitar/vocals) all have quite unique voices that give Hippo Campus their distinct sound. Finally, with Zach Sutton on bass, Hippo Campus is unstoppable with their new record.

Be sure to pick up a copy of landmark that is officially out today!

For Fans Of: WALK THE MOON, SAINT MOTEL, Grouplove