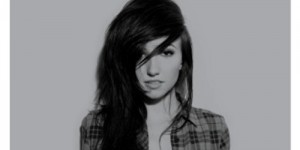 Lights’ sophomore album, Siberia, is a sign of maturity and growth for the young Canadian singer.  Lights experiments with new directions that draw a greater fan base. Siberia deals with different aspects of music compared to The Listening; Lights associates less with the mainstream stereotypical sound, but more so the singles that are constantly blasted in bars and clubs.

The newly released album left me astonished. I was never a fan of Lights, until this assignment came about. Right off the bat, Siberia is a hip rocking, attitude-filled song. It’s definitely an advancement from her debut release. “Everybody Breaks A Glass dip”s back into her older sound, from The Listening, but with an edgier twist. The hypnotic beats and rhymes of Holy Fuck and Shad create a bridge and bond between the listener and the meaning. “Suspension” is a prime example of the experimentation risks Lights took on Siberia; dubstep is incorporated into the track, as well used on “Fourth Dimension”.  The mood of the album changes as “Fourth Dimension” begins. I leave this track on repeat; all I imagine is a dark path, with a unsettling and eerie fog surrounding my ankles. Lights’ chilling vocals creates the perfect atmosphere for the song. “Day One” completes the album with nearly nine minutes of complete instrumental music.

Lights finishes the album with nothing left to say but a fusion of her experimental electric piece. I am thoroughly impressed with the sophomore album. She’s left a positive impact on my opinion with her chilling vocals and the maturity growth she’s shown.