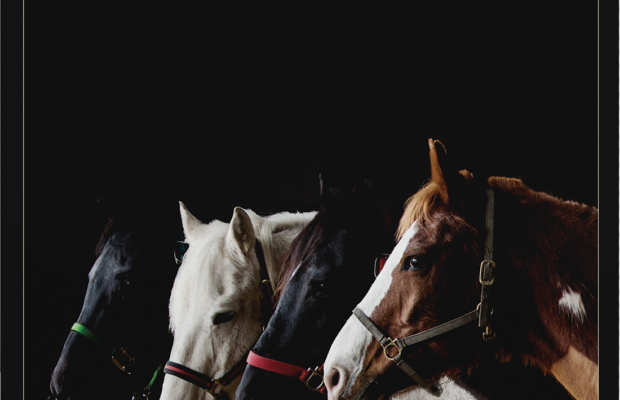 Since the release of their debut 2014 album The Albatross, St. Louis-based Foxing has been a driving force throughout the emo fourth wave scene with their melancholic sonic riptides of songs. They have been touring relentlessly, Connor Murphy chronicles those struggles in 2015’s Dealer, and have been subsequently amassing loyal fans from near and far slowly but surely. Alas, even after all the band has been able to accomplish in the last 4 years, for their new album, Nearer My God, Foxing took everything they had sonically conceived and drowned in the Mississippi River. Good riddance, but it wasn’t without a noble cause. A resurrection of sorts. A clean slate that was necessary to give birth to what is Foxing’s career-defining album, Nearer my God is a melodic melancholic masterpiece that is unlike anything they have conjured up before.

Those are a slew of the first lines in various songs throughout Foxing’s new album launch with “I” and prompt the listener to remember that they are listening in on Connor Murphy’s introspective struggles that feel eerily too familiar to anyone who often feels beat down or discouraged. Similar to past albums, Connor Murphy plugs in religious connotations that regard his clash and tussle with the concepts of God on “Crown Candy,” heaven and hell like in the opening track “Grand Paradise” and closing track“Lambert,” and the notion of being saved which can be heard in “Trapped in Dillard’s.”

The hour-long saga isn’t just lyrically profound and raw, but what makes this album different than its predecessors is the unhinged melodies, raving synths, and booming cacophonies brought upon with guitars, bass and everything else in-between that the band could get their hands on. Produced by Chris  Walla of Death Cab for Cutie fame and the band’s very own Eric Hudson, Foxing unleash themselves from their tried and true only to elevate themselves to a whole new level by bringing in bagpipes in “Bastardizer,” a full orchestra for “”Heartbeats,” rabid guitar solos on “Lich Prince,” and the 5-language translation of “Nearer my God.”

In short, Foxing took a risk in the development of Nearer my God and, with good faith, it paid off. The record has all the makings of, not only one of the greatest albums of the year, but being the magnum opus of their still very young careers. Nearer my God cements Foxing as conquering cross-genre inquisitive heroes that are far ahead of the emo rat race. There is so much more than can be dissected and said far more eloquently about this spathic multi-layered record, but nothing will ever be as fulfilling as listening to it and letting it permeate into your existence.

Nearer my God is out now on Triple Crown Records. Listen to Foxing’s masterpiece of an album on Spotify and all other streaming platforms, and make sure to catch them on tour with the extraordinary Kississippi and Ratboys all month long. Tour information can be found on the band’s site here.