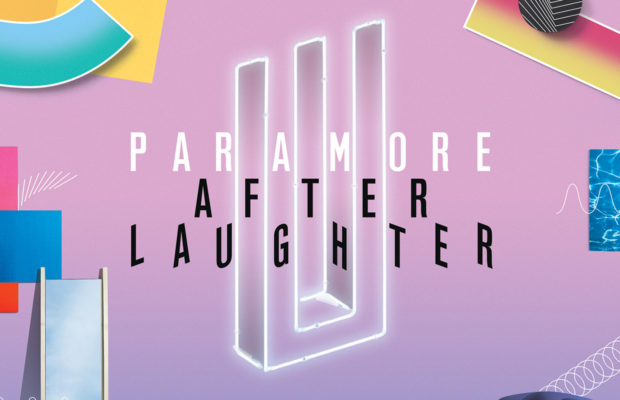 Nestled in Franklin, Tennessee in 2004, one of the greatest pop-punk bands was born: Paramore. Little did they know that in just thirteen years, they would be releasing one of the most highly anticipated albums of 2017. Over the course of their career, Paramore has become known for their insane hooks and rip roaring vocals, penning master hits like “Misery Business”, “Brick By Boring Brick”, and “Ain’t It Fun”. However, undergoing their fifth lineup change in just as many albums, the band is back and better than ever. Parting ways with their longtime bassist Jeremy Davis, Paramore regained their original drummer Zac Farro. Paramore’s newest release After Laughter sees a groovy and aesthetically pleasing era for the band as they take their listeners back to the 80’s.

It was as if our prayers for new Paramore music had been answered when the band dropped the first single and opening track off the album, “Hard Times” a few weeks ago. The song nearly broke the internet with the amount of social media shares it garnered. The full embracement of the pop world on the track benefits Paramore greatly as the colorful visuals and pop art aesthetic match the bubblegum sound of the song. While After Laughter opens with perhaps the strongest track on the album, the band opted for a slow introduction as if to ease the listener into the album. “Forgiveness”, “Fake Happy” and “26” offer listeners with some of the slower tracks on the album and while Williams’ vocals are powerful as always on those tracks they lack the oomph of other tracks on the record.

After leaving the band in 2010, Farro went his own route and created his solo project Halfnoise. The songs were a blend of sounds of indie pop music and the aesthetics of the 60’s and 70’s. They were feel good tunes. Throughout all of After Laughter it is clear to see the influence pulled from Farro and Halfnoise, from the sound to the lyricism to the artistic direction for the record. “Grudges” pulls inspiration from Farro’s other musical investments with it’s sing song-y guitar strokes and double beat drum pattern. As the second half of the album progresses, fans hear things begin to pick up. “Idle Worship” offers listeners with a heavy base that sets the tone but the real star is in the lyricism. The track is a sly song about who, and what, we value: “We all got problems don’t we?/We all need heroes don’t we?/But rest assured there’s not a single person here who’s worthy.” Paramore makes a somewhat predictable move placing “Tell Me How”, the piano ballad track at the conclusion of the album. It would have been nice to see the band close out the album with as much of a bang as they opened it with, however the track allows for an intimate space between the band and the listener.

For a band that created such a name for themselves from the get-go, Paramore will always have high pressure and expectations on them from the fans and the industry alike to create amazing records with each cycle. While After Laughter is a strong and well thought out album and almost with the four year wait, there is still something lacking from the band.