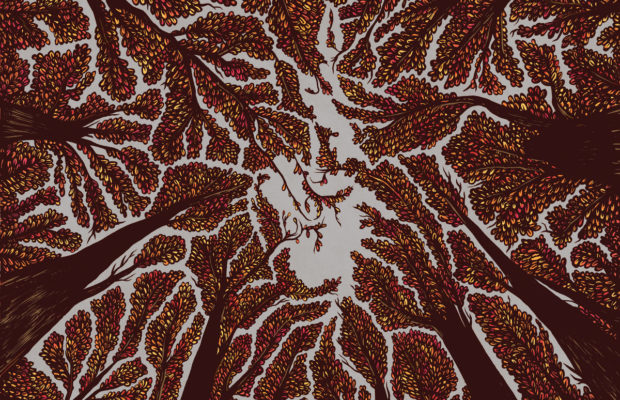 If one were to listen to Trash Boat’s newest album Crown Shyness expecting another run-of-the-mill pop punk album, they’d have a very pleasant surprise in order.

Formed in 2014, Trash Boat (consisting of vocalist Tobi Duncan, guitarists Dann Bostock and Ryan Hyslop, bassist James Grayson, and drummer Oakley Moffatt) is a newer name among major punk rock circles, but with past collaborations with names such as Dan Campbell of The Wonder Years, as well as performances at the 2016 Reading and Leeds Festivals and a spot on the 2018 Vans Warped Tour, they’ve already begun leaving their mark. On their latest offering, the St. Albans, England natives put a new spin on the biting pop punk/hardcore punk sound they’ve come to be known for, making for a release that fans of the genre would be remiss not to purchase.

Calling back to A Day To Remember-style post-hardcore, Crown Shyness brings a new, grittier take to that style, and as the album opens with the pounding drums of  “Inside Out”, Trash Boat makes it clear that this album will not pull any punches. This aggressive, “no-BS” vibe continues to lead single “Shade”, and the combination of melodic moments as well as punchy hardcore moments on this track give the listener an idea of the exciting ride they’re in for. The band is able to change between these styles within their songs on a dime; from the (good) nasty breakdowns on “Controlled Burn”, the more pop punk-centric “Don’t Open Your Eyes”, and the anthemic “Silence”, it’s clear that Trash Boat still have the mosh pits in mind in their songwriting.

Crown Shyness also has songs that kick it down a notch, speaking on the subject matter of mental health and depression with songs such as its title track and “Old Soul”, another lead single. The latter deviates away from the theme of the other songs, going for a more modern pop punk, Wonder Years-esque sound, and doing it very well. The former is entirely acoustic, putting a first-person voice to struggles with depression, and showcasing the band’s ability to put as much impact into softer tracks like this as they can heavier ones.

As the album closes with “Love, Hate, React, Relate”, condensing the somber themes and intense themes of the album together into one song, it marks what is surely going to be one of the punk releases of the year. For those who enjoyed Trash Boat’s prior release, “Nothing I Write You Can Change What You’ve Been Through”, the band have made some great tracks using the same formula; and with this new, edgier offering, some new fans are sure to be made as well. Crown Shyness is an entertaining listen for its entire duration; and if it’s any indication of where Trash Boat is going as a band, it is nowhere but to the sky.