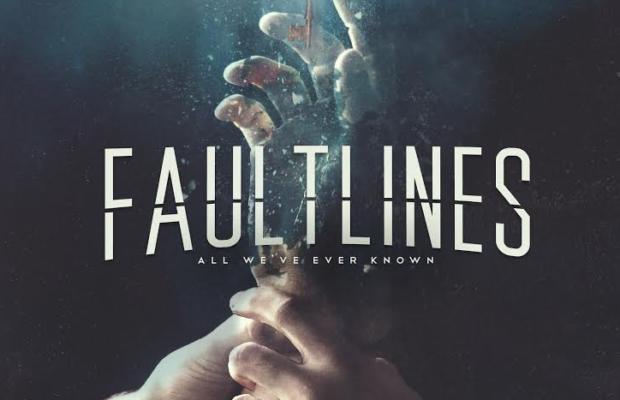 While metal is often a male-dominated genre, the UK band Faultlines offers metalcore and screamo fans a unique harmony of melodic vocals and guttural growls alongside impressive guitar and synths. Christina Rotondo takes the lead in this six-piece group, singing with a passion and intensity that carries the lyrics of the band’s EP.

Rotondo gained notoriety on YouTube, covering such bands as Sleeping with Sirens and Bring Me the Horizon and amassing a fan base of over 37,000 subscribers. She is accompanied by vocalist Jake Noakes, whose chaotic screams and deep singing offer a stark contrast to Rotondo’s vocals. Surprisingly, theses opposite vocal styles offer listeners a best of both worlds: alternative female-driven rock and cacophonic screaming male metal.

The band’s debut EP consists of five tracks, each one complimenting the other quite well. The band takes cues from Evanescence, putting Rotondo’s powerful vocals in the foreground while still supplying an impressive instrumental foundation. Guitarists Chris McIntosh and Benji Wilson combine forces to create a stadium sound that carries to the back of the room (and will certainly do the same in any venue they play). Bassist Oli Parkinson and drummer Sie Gordon plow through speakers with a head-banging rhythm.

The opening track of the EP, “Buried”, flows seamlessly into “Drowning”, the second and arguably most powerful track on the record. While the album has elements that occasionally feel overdone, All We’ve Ever Known is an impressive debut for the new band, and if this is a preview of what’s to come, Fautlines will be on our lips for years to come.